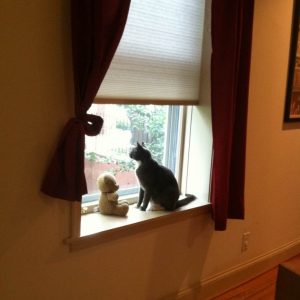 Ugh I left my glasses at home…I can feel my eyes straining and its not even 10AM yet. *headdesk*

I meant to post last week, but just haven’t gotten the chance! My Easter was…not great. At all. In fact, it was pretty terrible. This past weekend, however, was nice! Shawn and I went to Isabel’s, a Mexican BYOB near us. Well…its a BYOT actually (bring your own tequila!). We got the mango margarita mixer and it was delish…and we probably put way too much tequila in it. Oops! =p

Yesterday was spent lazily laying on the couch watching multiple episodes of Shameless. I just started watching Season 4 without watching any of the previous seasons…its really good! After I finish up Season 4, I’ll start watching it from the beginning. Should have just started from Season 1…oh well. I also really need to catch up on Game of Thrones, I’m like 2 episodes behind.

I’ve re-designed Adorability Designs yettt again. I think it looks a lot more “sleek” though. I finally shelled out some money to get a nice gallery plugin for once (all the free ones I was using were SO buggy) and also a nice stock photograph.

The kitty has been a little more calm lately (with the exception of Sunday morning). Still scratching but I feel like its gone down maybe a little, I don’t know. No rhyme or reason to it. Hrm.

7 thoughts on “Almost May? Wow”