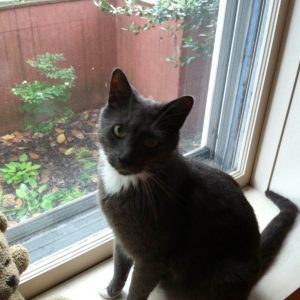 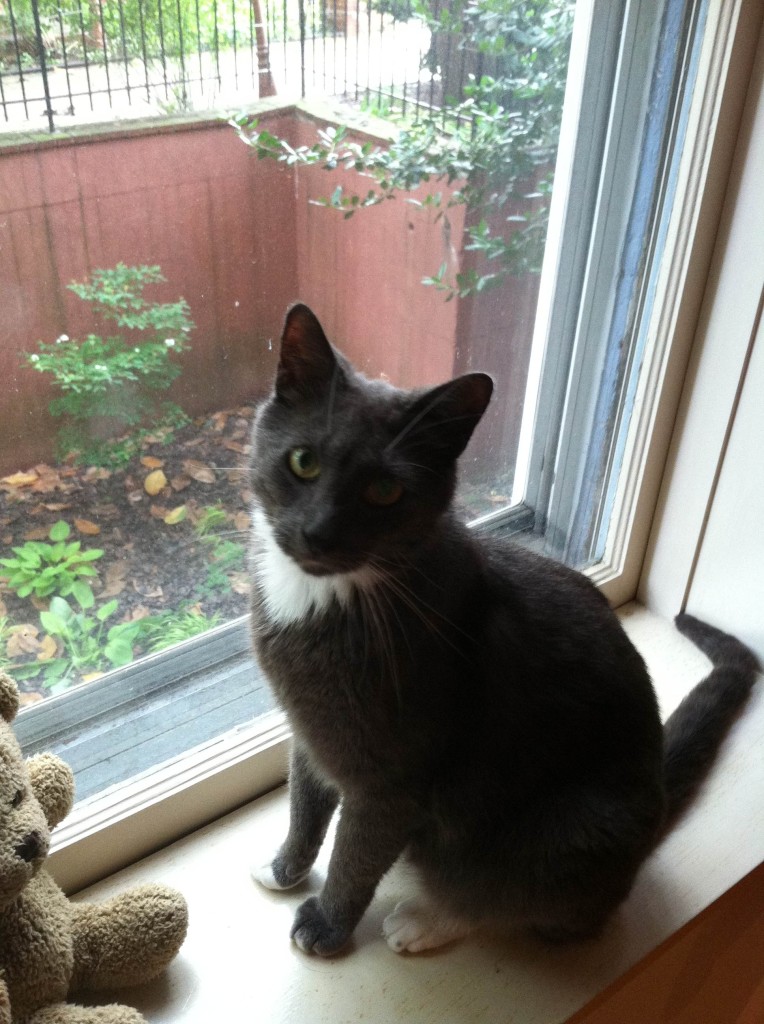 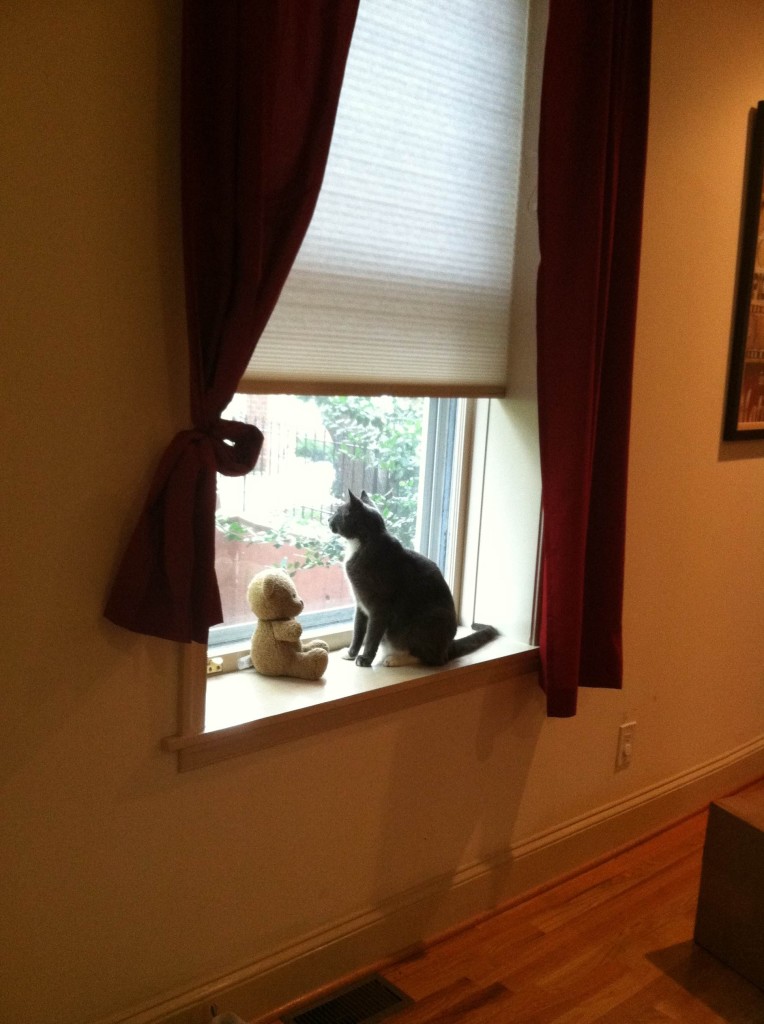 We picked him up last weekend from PAWS. He was always so relaxed and chill at the shelter (barely doing anything but sleeping) but he definitely leaped into action once he was in the carrier. He did NOT like it haha! Though I’m sure most cats don’t. We ended up getting a taxi back and thank god we didn’t decide to do public transit because he was meowing and freaking out most of the time. Once we got him home, though, he was fine. He didn’t run and hide under anything either. I think he actually prefers open spaces as opposed to being hidden in things because he never goes under the bed or anything.

He’s been super affectionate and loves to play also! (such a different temperament than he was at the shelter). He’s been sleeping (or playing or doing whatever) during the night without meowing to wake us up which is awesome because that was one thing I was a little worried about. I’ve been playing with him every night and feeding him right after to get him a bit sleepy lol. He’ll start meowing once he hears we’re awake and walking around though. He’s also been using the litterbox fine (despite throwing litter around all over the damn place), and eating fairly well though he seems to not want to eat unless he knows I’m there, though. He doesn’t seem to be a picky eater, since I’ve given him a little bit of new food to try and he gobbled it up.

So so far so good. I have a vet appointment scheduled for the 29th, which I’m not looking forward to cause that means having to put him back in the carrier. Its about a 10 minute walk, and its probably going to be filled with quite a bit of unhappy kitty meowing lol. He has been sneezing off and on so hopefully that’s nothing to worry about. If it gets worse I’ll take him in a little sooner.

Nothing much else going on. Its crazy stormy here today (better now, but was as dark as it is at like midnight earlier).