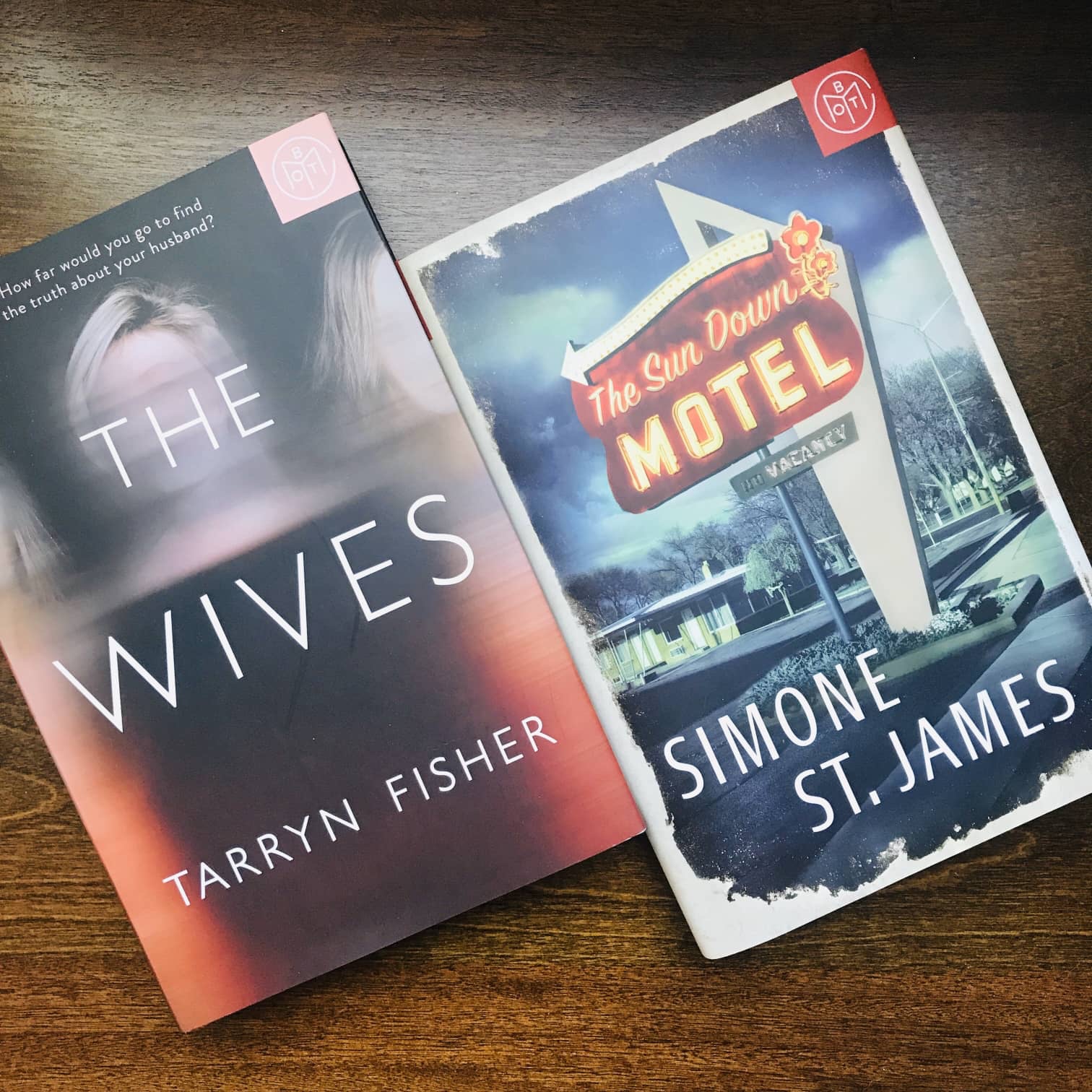 The month of the thrillers…

The Wives by Tarryn Fisher (BOTM)

I was really looking forward to this book due to everyone raving on it in the BOTM Facebook group. I’m a sucker for a good psychological thriller, and this had the bonus of being pretty short too (which I welcomed after the last couple longer books). The plot sounded intriguing…a woman is in a plural marriage where her husband is married to 2 other wives, but the wives live in separate areas and never meet. She discovers the identity of one of the other wives, and out of curiosity she tracks her down which leads to secrets being uncovered about who her husband really is. I will say this…I was definitely engaged in reading this, and it was a very quick and exciting read. However, I was extremely disappointed in the turn this book ended up taking and the ending overall (no spoilers, but it was just…unsatisfying). I knew halfway through that the story would go 1 of 2 ways, both of which were completely predictable (yawn), but 1 of which I would have preferred over the other, which isn’t the way it went. The very last page was even more annoying than the entirety of the book. It was well written and engaging, so that’s my main reason for the 3 stars. This is one of those stories where maybe it would be better in a visual medium and not in written format. If you’re an avid reader of thrillers, this will be too predictable for you and I’d suggest skipping it.

The Sun Down Motel by Simone St. James (BOTM)

Thriller #2! My only hope for this book was that it be better than The Wives 😂…thankfully it was. The Sun Down Motel takes place in 2 time periods and is narrated by 2 women; Vivienne Delany, a night clerk at a poorly maintained roadside hotel who goes missing in the early 1980s, and Carli (Viv’s niece) who goes looking for her 35 years later, taking the same job at the Sun Down which hasn’t changed a bit. This has quite a bit of supernatural elements that I wasn’t expecting. I’m normally not a fan of ghost stuff but I think it worked really well with this book. The thriller/mystery aspect and the ghost story parts blended really seamlessly together. This is an all-around solid thriller…not my absolute favorite or anything but definitely good and worth a read!