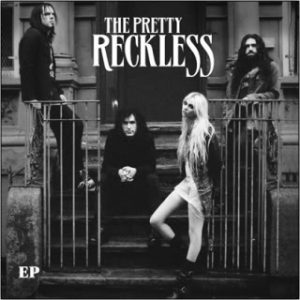 I keep revisiting this blog, noticing I haven’t written anything in a month, making a mental note to update, and then not doing it. haha. Well at least I took it one step further this time, although I don’t have much of interest to say.

Its hard to believe its August already. This time last year I was in my last month of working at Temple, followed by those four months of stress-filled job hunting/sitting on my ass all day. It feels like so much longer ago though, and those four months are kind of a ramen-noodle-induced blur. What was I even doing? haha

I’ve been slacking on some things I should be working on. Mainly music-related things. I have all these songs that I need to finish and record but just haven’t felt like it. And of course I accidentally deleted all the little snippets of songs I had recorded on my keyboard (this is the second time I’ve done this) so who knows if I even remember most of what I had written. I’ve learned that if something is writing to the keyboard’s memory, do NOT try and press the power button…because for some reason it will delete the entire memory. X( I will try and get at least one song finished though. Theres no reason why I can’t do that! lol

I’ve really been loving the band The Pretty Reckless lately. Its with that chick from Gossip Girl…which I’ve never watched before so I have no idea of her acting abilities (or lack thereof), but she sure is talented as far as vocal ability and songwriting go. I was pretty surprised. Its been awhile since I’ve found a current band that I really like and would actually purchase a full album from. I was holding out hope for We Are The Fallen since they’re basically composed of ex-Evanescence members, but they weren’t as good as I was expecting. Not bad, but there really weren’t any songs on their album that I’d play on repeat or anything haha

A couple weeks ago, my digital camera (Canon Powershot SD1000) kicked the bucket. It was a sad. 🙁 But after looking around, I’ve set my eyes on this one as a replacement. Its not the most recent Canon Powershot I don’t think, but I like it…and its pink of course! I will definitely get a case to go with it to protect it from the mass of junk in my bag, which was probably what contributed to the damage done to my current camera. :((

1 thought on “music and cameras”