Can’t believe it is already almost November! Time really flies by! I am loving this Fall weather. Our apartment is a tad chilly, but I’m okay with that…its MUCH better than dealing with the heat. And I love all things Fall. I got a pumpkin spiced latte from Starbucks a couple days ago and it was so delicious! I can’t wait to have some pumpkin pie 🙂 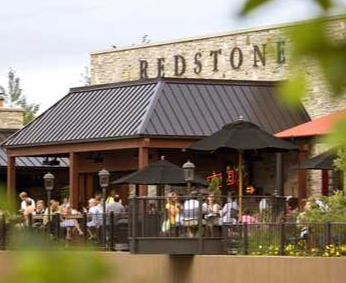 This past weekend was my and Shawn’s 5 year anniversary. Crazy to think that it has been that long! We don’t usually do gifts (at least from what I can remember), but this year he got me a pretty Tiffany’s heart necklace, and I treated him to a dinner out! We went to Redstone American Grill, which is in the mall near us. It was pretty good and I loved the cozy atmosphere. Also, they had lobster bisque which is like my favorite soup ever. After dinner, we really wanted to get a bottle of something for the apartment.

Because we live in the great state of Pennsylvania (where alcohol is apparently evil or something and cannot be sold in regular stores), we had to get off the bus halfway home because that is the only liquor store near us. Then we had to wait an hour to get back on the bus to go the rest of the way…fun. I ended up picking up the cake flavored vodka that is sold by Pinnacle (and Shawn picked up some super cheap tequila haha). I’ve heard a lot of people talking about it, so I had to give it a try! It was pretty yummy. All we had was lemonade to mix it with, but I found that it goes with it really well because it tastes like lemon pound cake. They also have other flavors like whipped cream and cotton candy…will have to try more =p

Unfortunately, I don’t have Halloween plans yet. I might go to the Halloween party that my apartment complex is having, but I feel like I’d be awkward enough when I’m not in a costume than when I am haha. And Shawn might not want to go because of the dressing up thing. Meh.

Anyone watching any new TV shows this season? I usually don’t have a lot of TV shows going on, but I feel like quite a few good ones came out this season. I’ve been watching Terranova and I just saw the premiere of Once Upon A Time last night. I love them both! (esp OUAT, which I wasn’t really planning on liking). I have really been looking forward to Grimm as well, which premiers this Friday. Totally all for this new fairy-tale kick thats been going on…much better than vampires! I’ve also been watching New Girl…mostly because its on after Glee so its just convenient. Its not bad, more cutesy than funny though.

Sorry (again) for lack of blogging. To be honest, I really don’t have much of anything going on in my life to talk about anymore. I did start up my Tumblr again, though! If you have a tumblr, please follow mine here: http://melieanne.tumblr.com/. And of course there is my beauty blog which I update regularly (I actually just reached 100+ followers, which means I’ll be having a giveaway soon!)

I am thinking about maybe starting a little design site (or even just a sub-site to this one) to sell some blogger or wordpress themes…mainly for beauty blog sites. I have to figure out blogger, though, because I’m not familiar with it. Hmm…we shall see.