…judging by the fact that I haven’t posted since August.

Aah well. Here I am! Things have been okay…busier than usual which isn’t a bad thing. I think I have stuff going on almost every weekend in December. This weekend (well, tomorrow) I’ll be attending the first annual Wordcamp US, so that should be exciting! 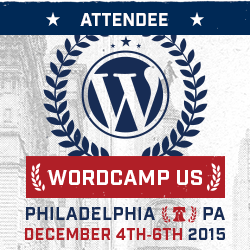 It actually starts today but I didn’t take off work, so I basically went to the convention center this morning and picked up my registration badge and grabbed a ton of free swag and left haha.

Next weekend I’ll be seeing The Nutcracker (first time I’m seeing it!) and a Temple bball game during the week. The weekend after that I got tickets for Star Wars, and then its basically Christmas. Whaaa?

Speaking of which, I have no idea what to do with the kitty for Christmas. I really don’t want to leave him all alone for too long. Shawn will be home, too, so he can’t check up on him. I’ve been thinking of bringing him home with me to my parents house for a few days, but I have no idea how he’ll react and I don’t want to freak him out (he’s a bit of a scardy cat). He also hates car rides, and my mom is allergic to cats so I’d have to keep him confined to my room. I guess I’ll have to figure it out soonish. I’ll probably end up just keeping him at my place and I’ll only go home for like one night. I’m hoping he’s okay health-wise. He’s been puking more than usual lately. Around mid-November he was doing it every 3 days around the same time every morning (4:30 AM…on my comforter. lovely!). I was thinking it was probably his food since it kind of started coinciding with when I changed it. I switched his food again and the puking seems to have stopped (save for one incident last weekend which I think was mainly due to him eating to fast and regurgitating treats). Apparently I am not destined to have a healthy kitty haha 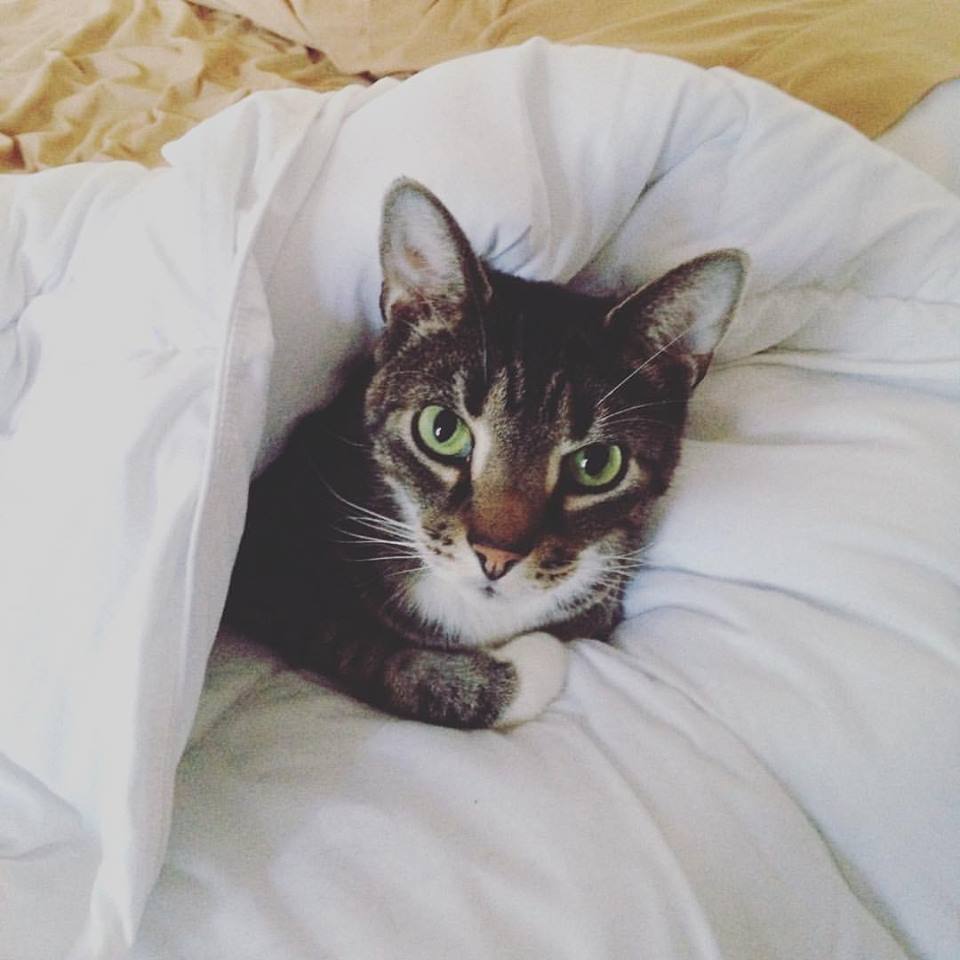 What a nice, white blanket…allow me to puke all over it.

The apartment has been okay, but the noise level is really the only issue I have (which sucks because I’m pretty much fine with everything else). I’m not sure if I’m going to renew my lease but it would be such a pain to move again so soon so I probably will for at least a year. I’ve been toying with the idea of buying a house (in the burbs). I can definitely afford something small. Something like that is so permanent though so I really don’t know. Mortgage would end up being much cheaper than city rent, but I also have to factor in taxes, getting a car (since I would need one), car insurance, and public transit passes. And another cat so that Jesse would have a friend and I can officially embrace single crazy cat lady status.

Design work has been okay but I’m hitting another rut where I don’t want to do much new work. I even put up a message on my website that I’m not accepting any new clients (which seems to be when I get the most emails from people lol). I have 2-3 projects going on right now and am just going to ride out the rest of the year and focus on those. I’m hoping I’ll feel more driven in the New Year. Part of it is also that work (full time job) has been much more hectic than usual and I just don’t think I have the energy to do anything else.