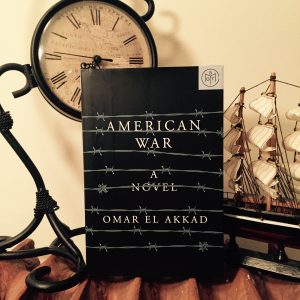 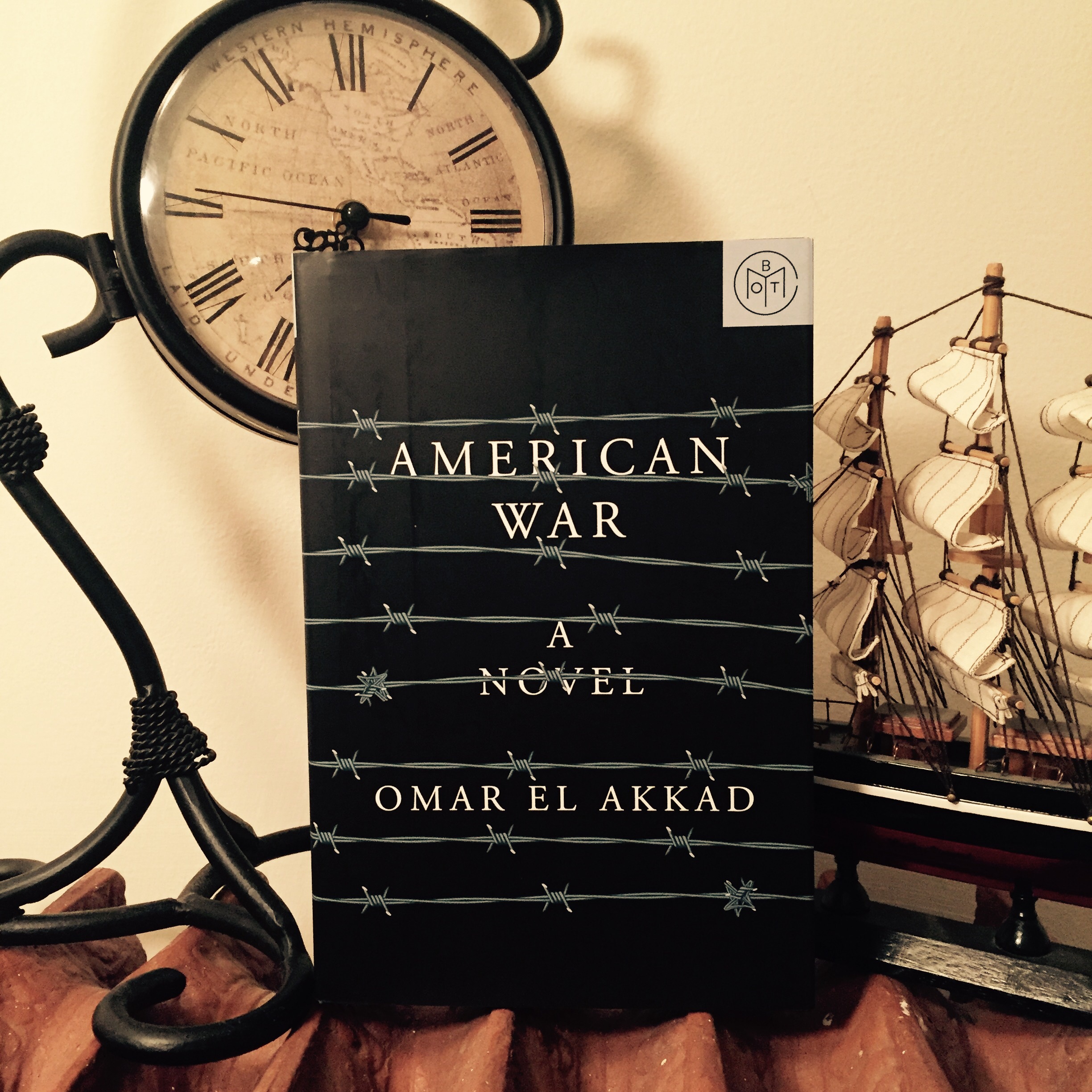 I’ve been SO bad with reading lately…just finishing up this book, which I got in April!

The premise of this book really intrigued me. Its set in a future dystopian version of America, where the North and South are fighting a second Civil War spurred by the South’s desire to continue using now-banned fossil fuels while the rest of the country uses solar energy. Aside from the story of the main character, which I’ll get to below, there’s a lot of interesting re-imaginings of how the country will look like in these years. There’s a map in the beginning of the book (I’ve included it to the left) which gives you a look at the current borders. The secessionist “Free Southern State” is made up of 4 states: Georgia, Alabama, Mississippi, and South Carolina. South Carolina is walled off on all sides due to a plague released by the North, and Florida is just…gone (maybe this is what happened? 😂). Mexico has taken back some land to the Southwest and the capital of the Union is now in Columbus, Ohio. There’s also some interesting international changes, mainly the introduction of the Bouazizi Empire, a collection of countries in Northern Africa and the Middle East which is now a stable and influential world power. They are in support of the Free Southern State, and often send them aid and supplies.

The novel spans 2 decades beginning with the start of the war in 2075. It follows a girl named Sarat Chestnut and her family who hail from the “purple” state of Louisiana (officially part of the Union, but sympathetic to the South). The book is divided into a number of parts. The first part is based on her life at age 6 when she is in Louisiana. The second part revolves around her time spent in Camp Patience, a refugee camp in Mississippi, at age 12. The next follows her late teenage and early twenty years in Augusta, Georgia and a Guantanamo-like detention center in Cuba called Sugarloaf. The final part (taking place in 2095) is the end of the war when she is in her late 20’s. Also between each chapter of the book are miscellaneous fictional texts from the time period (i.e an article, interview, history book clipping, etc).

Overall, this book is a strong narrative and really connects you to the life of Sarat and everything that she goes through that lead her to take the actions she does at the end. Towards the end, you won’t be quite sure whether or not you’re supposed to still like Sarat, and everything she ends up doing is objectively terrible, but you’ll be able to sympathize with her story regardless. Its definitely a book that makes you think, perhaps because its a little too much of a likely dystopia. There’s hardly any “sci-fi” aspects included in the story despite it being set in the future. With the exception of the proliferation of solar powered cars, I was surprised at how much the world is similar to today’s.

Although this book contains a good amount of war and action sequences, I wouldn’t call it a page turner…It can be a little dry and I actually struggled to get through the first half. However, the second half picked up a bit more and I really loved how the very end tied together. If you’re a fan of long narratives like this, you would find it an easier read than I did…its definitely not a light “beach book”!  All in all, I would recommend this and give it a 3.5/5 stars.