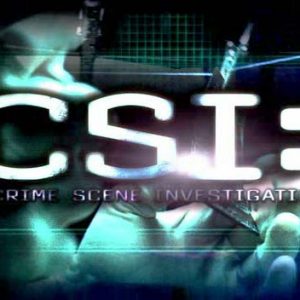 I fail. I am a day late with this one! (but I changed the date to be for yesterday. sneaky!) :p

If you asked me a year ago, I’d say my favorite TV show was CSI, which has been my fav for roughly 8 years. haha. Lately, though, I’ve been more into Glee…so its hard to pick between the two, but I think I’ll chose CSI since its my old faithful. I loved the show a lot more, though, before they got rid of like half the characters (including two of my favorites, Grissom and Sara). Although it looks like Sara is going to be back for the next season (which I believe is the 11th…crazy). Lawrence Fishbourne’s character is also growing on me a bit.

I’m sure most of you already watch Glee, so what more can I say about it? Its funny and musical. A bit worried its jumping the shark already though with all the random guest stars they keep featuring. (Although CSI hasn’t done much better, considering Justin Bieber is going to be in a new ep O_O) Some of them are really fitting and awesome, but I feel like almost every episode I’ve heard about in the upcoming season is based around some guest star. Hopefully they don’t abandon the actual character’s story lines too much. As for favorite characters, that would be Kurt (how can you not love him! haha) and Quinn.

Close runners up are Pretty Little Liars, America’s Next Top Model, and Top Chef. Ones that I love that aren’t on anymore are Heroes and The X-Files.

In other news, I should be going to the beach tomorrow with the rents and maybe a couple friends. I haven’t been to OCNJ yet this summer…and hopefully it won’t be too cold. Its been a bit chilly the past couple days, which I looooove (but not really for the beach! haha).