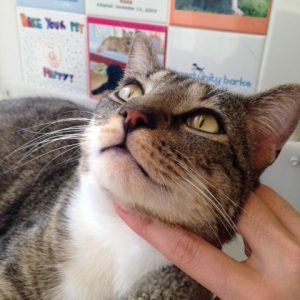 Ugh I am so not used to this “spring forward” daylight savings thing. Especially since it most definitely does not feel like Spring (though its not snowing for once so…that’s good I guess?).

Yesterday, we went into Old City for lunch and to visit PAWS. Didn’t want to be around the Center City area…it was pretty much overtaken by drunk tools in green hats (Philly around St. Patrick’s Day is real classy lol). We ate at Continental. It was pretty good! I got the cheesesteak eggrolls with Sriracha ketchup. Super delicious! Although anything involving Sriracha sauce is bound to be delicious.

Then we went to see kittiessss. Behold photos of kitties (that aren’t mine for once): 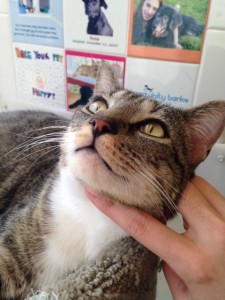 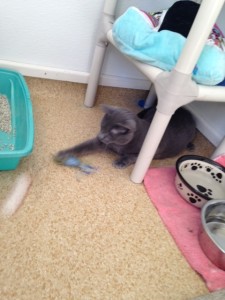 The guy on the left is named Captain and he absolutely loved chin scritches. Think he would have been totally cool with my scratching his chin for the rest of the day. The guy on the right (who kind of looks like Charles) is Smokey. Shawn was trying to get him out to play. He did a little, but he was more shy. I’m not sure if/when we’re getting another kitty…it will probably be a female, though. Maybe this summer? hmm.

So much going on with Adorability Designs right now! A lot of work but totally not complaining. I have to figure out tax stuff, though, which is rather complicated. bleh!

I actually worked out today! Still no guitar practicing, but hope to tomorrow. Daylight Savings really threw me off since I kept thinking it was an hour earlier than it was.

Have a good week everyone!