These reviews are going to be on three different soaps I have been using lately (not including the Archipelago pomegranate soap that I already reviewed, which I use regularly as well). 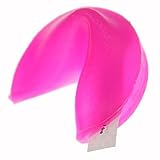 [/amazon_link] [amazon_link id=”B001N0J5MA” target=”_blank” container=”” container_class=”” ]Fortune Cookie Soap in “Vivid”[/amazon_link] This is the oldest soap of a bunch. Please note that the soap pictured is not in the scent I purchased (which was lemon)…but I’m totally in love with that hot pink color. =p I love lemon scents, so thats why I chose that particular one. I’ll be honest…it smells exactly like lemon Pledge (which is not to say that its bad!). Despite my mostly liking the scent, I haven’t used this soap a whole lot and its not usually the one I reach for when showering. I can’t say why exactly (maybe its because there are better options around that I use instead). This soap also isn’t as moisturizing as compared to some other soaps I have, and the scent is a bit faint. Its still a good soap, though (I would purchase other scents in the future)…and super cute to boot!

I had actually purchased this soap several years ago (I believe it was part of my first trip to Lush ever!). They used to categorize this under “buttercreams” but now it seems to be under just “soap”. But its not at all like what I remembered. The sample I received of it was very bright pink as opposed to the original color of baby pink, and it does not lather very well…its very difficult to get any lather at all. Worst of all, though, is that the rose smell is barely noticeable…even when putting my nose right up to it. I’m a big rose fan, so not being able to actually smell the rose was pretty upsetting. It seems like they definitely changed their formula from what it was originally.

I was originally not going to review this because I purchased it at a local arts fair and didn’t think that it would be available elsewhere. However, I was able to locate the company’s website which allows online purchasing! I really love this soap. I wanted a more unique kind of scent that I had never tried, and this hit the spot! The formula is very nice and moisturizing and it contains little bits of something in it (I’m really not sure what they are!) which makes it great for exfoliating. I’ve been using this pretty much every time I shower lately. The scent is also very strong and herbal…which I love.

Disclaimer: These products were purchased by me, and these reviews are based on my own personal experiences. I have no affiliation with the companies listed and am not getting paid to review these products.
Previous Post: « Amazon Cloud Player vs. Google Music
Next Post: BzzAgent Review: TRESemme Color Revitalize »