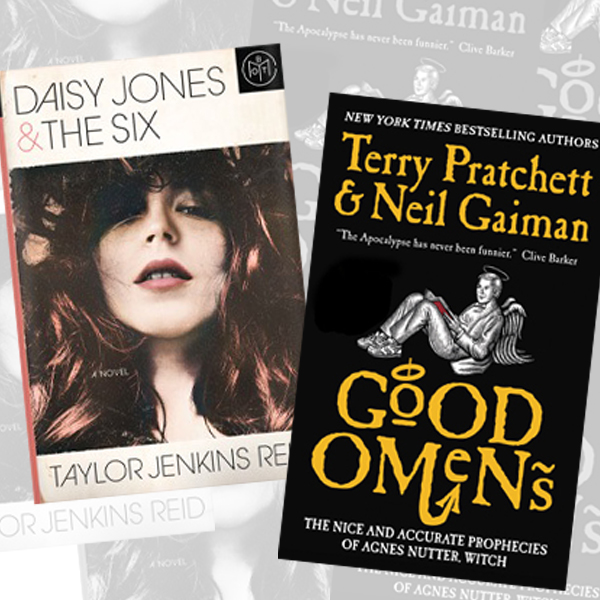 “The Seven Husbands of Evelyn Hugo” by Taylor Jenkins Reid was one of the best books I’ve ever read, so I jumped immediately at the opportunity to get her latest book from Book of the Month! Daisy Jones and The Six is a similar story in that its a biographical account of a fictional star (or in this case, stars) lives. Its told in the form of an interview, in which the main characters are speaking to an author/biographer (who is, of course, also important to the story just like in Evelyn Hugo, but you don’t found out who they are until the end). The novel takes place in the mid to late 1970s and follows Daisy Jones, an up and coming songwriter, as she teams up with a rock band called The Six. It chronicles their rise to fame and all the issues they deal with along the way. There are a number of characters, but its mainly focused on Daisy and lead front-man of The Six, Billy Dunne, and their relationships with each other, their fellow band members and families, and how they handle and overcome their various vices (alcohol and drug abuse). Taylor Jenkins Reid’s writing style is always compelling and fun to read so I got through this book in no time. I will say, I didn’t like it quite as much as Evelyn Hugo…it was just missing that same spark, but I still loved it all the same and would suggest it! I think this could be made into a great movie…kind of like Almost Famous.

The Amazon series on Good Omens is set to come out in a couple months, and it looks really good based on the trailer, so of course I had to make sure to read the book first! My first thought after starting this was immediately of The Good Place. It just had that same vibe…comically dealing with non-comical events. So if you love The Good Place (which you should because its amazing), then I think you’ll love this too. Aziraphale, an angel, and Crowley, a demon, join forces to try to stop the apocalypse from happening because, well, they just love Earth too much. Other characters include “The Them” (the 11 year old antichrist and his 3 friends), a witch named Anathema who is a descendant of Agnes Nutter, (another witch who accurately predicts all events), Newton Pulsifer, a witchfinder, and the 4 horseman of the apocalypse (War, Famine, Pollution, and Death) among a few others. The only thing I’ll say I didn’t care for with this book was that the dialogue of “The Them” was super annoying and tedious to read at times…a lot of it didn’t really move the plot forward and I found myself skimming over those parts. A very entertaining book and I can’t wait for the show to come out! I will say that watching the trailer for the show before starting this book made it a bit easier to understand as it can get a little complicated, so I’d suggest doing that (it doesn’t give anything away).