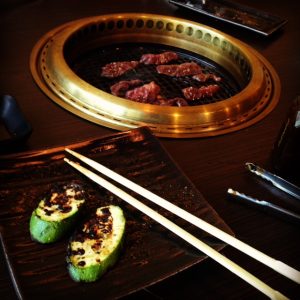 Hope everyone is doing well. I’m in a strangely good mood today and I have no idea why. Its kind of sad that I have to wonder why I’m in a good mood (because I’m never usually in one?) haha. I did work out yesterday for the first time in months. Maybe that has something to do with it. I’m also really looking forward to my week off next week.

Unfortunately, after my last post about Charles he got a bit worse. In addition to the constant scratching, he developed yet another rodent ulcer on his lip just like his last one (ugh that day was terrible. I hate thinking about it. I actually refuse to wear the shirt I wore that day because I get super anxious flashbacks…yes, I’m aware I’m strange). So anyway, after trying to get the ulcer to go away on its own and failing, I called the vet. The doctor who usually treats him way away, but another doctor gave me the option of bringing him in for another depo shot (nooooo!) or prescribing him an alternate oral steroid. I opted for #2, and he has been doing great on this new steroid! The itching has completely stopped and the ulcer has shrunk dramatically. The only downside is that he is much more lethargic which is kind of sad. He just sleeps a lot. I will admit that its kind of nice at night time…being able to sleep through the night without him roaming around or licking himself incessantly.

His second KitNip Box came in last week too! Another bag of treats though. I was about to cancel the box, but I decided to email the company first to see what options I had. Luckily, they were able to put a note in my account to not send treats and to send only toys and other products. Yay! Awesome company! Its so nice that they were able to cater to my allergic-to-everything-edible kitty. He’s also head over heels about his new toy…

This weekend was pretty lazy. At least on Saturday. We kind of laid around all day (Shawn spent time on his new computer that we finally got working, although its no longer working. Rats!). Then we went to a new restaurant that opened near us called Gyu-Kaku. Its a Japanese BBQ where you can grill your own food at your table. It was really fun!

I leave for Seattle/Oregon on Friday morning! I’m most looking forward to the three days I took off next week though (Wed – Fri) where I’ll be back from the trip but not doing anything. Woo! But Oregon should be fun as well. I hate packing though. Hate it! I have no idea what to bring. There’s a beach but I don’t know how warm it’ll be. I’ll just pack a ton of stuff and figure it out when I get there like I usually do. =p