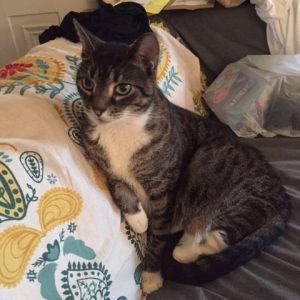 This was originally titled “Brief Life Update”. 6 Paragraphs later, I figured that wasn’t an accurate title.

So much for staying on track with posts, huh? I have 2 Book of the Month reviews I have yet to post. I may only do one of them at this point since the first book isn’t exactly fresh in my mind as the one I just finished.

So things at my job have been a little nuts the past month. My co-worker (the only other admin) left at the end of July, so my work was more or less doubled and I’ve had to learn a lot of things that I wasn’t used to doing previously (bookkeeping, financial-related tasks, etc). Despite the increased stress, its actually been kind of useful and helpful to learn what she did, especially so I’m able to train her replacement in a week or so or pick up on things here and there. Definitely kind of glad I’m not doing this stuff long-term, though. As helpful as it is for me to be familiar with, I get super anxious with lots of responsibility, especially related to finances (see also: reasons why I will never be rich and/or in any high ranking positions LOL).

I had to take the kitty cat for his dental a couple weeks ago. He had 2 more teeth pulled. Poor baby is gonna have like no teeth at this point. He hasn’t been eating very well this week. Just nibbling on food a bit here and there. I guess I didn’t post about this last year, but he did the same thing last year a couple weeks after his dental. I was freaking out then and took him to the vet, since it was only a few days before I had to leave for my trip to Italy. They didn’t find anything wrong with him, and he ended up starting to eat normally after I left for the trip. So…I’m guessing this is kind of the same deal. I don’t know what causes it. Maybe this is when the stitches in his mouth are dissolving and it bothers him? Hopefully he’ll get his appetite back soon!

I’m seeing Wicked tonight…super excited! Its been on my list of “to see” musicals for awhile now. My ticket is super cheapo amphitheater/limited view seating, but hopefully its not too terrible (oh the downsides of loving musicals…they’re so expensive to see). IF this seat isn’t super terrible, though, I’m thinking about getting season tickets for next season’s shows with the same super cheap seat. I already want to see at least 3 (Phantom of the Opera for the 3rd time, Les Mis for the 2nd time which I may drag Steve to, and Aladdin) and theres a couple other ones in there that would be nice to see too (like School of Rock!). But the main reason for doing it is that they give season ticket holders first dibs for Hamilton (AHHH!) which will be coming to Philly in 2019. So that would be really sweet to be able to see that.

I think that’s all I got! I have a Stitchfix box and a new FabFitFun coming next month so hopefully I’ll find time to post about those 🙂