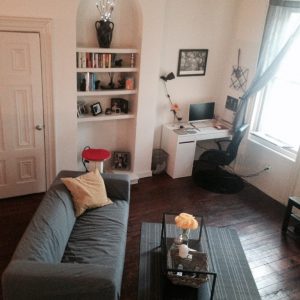 Finally! I’ve been wanting to post about the new apartment, but I knew I wanted to include pictures and it just wasn’t in a state to take photos of before.

I moved here in May…its just a couple blocks from where I used to live, so same neighborhood (which I love). As you’ll see, the apartment, despite being a studio, is a really nice size and has a pretty cool configuration. Not like the “boxed” shape of most studios. Its pretty much perfect with the exception of the noise level (its on the street-side, so there’s a lot of traffic and pedestrian noise). Without further ado…the tour!

All one room obviously, but sectioned off pretty nicely into their own little niches 🙂 Obviously trying for a sort of yellow/gray theme here. 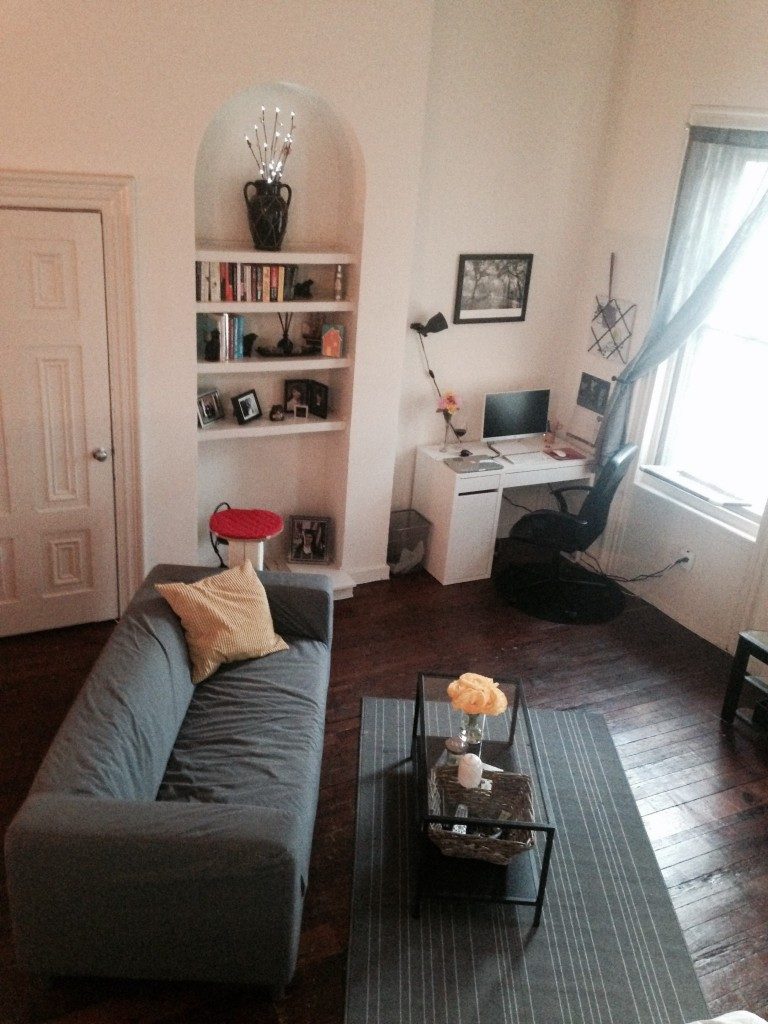 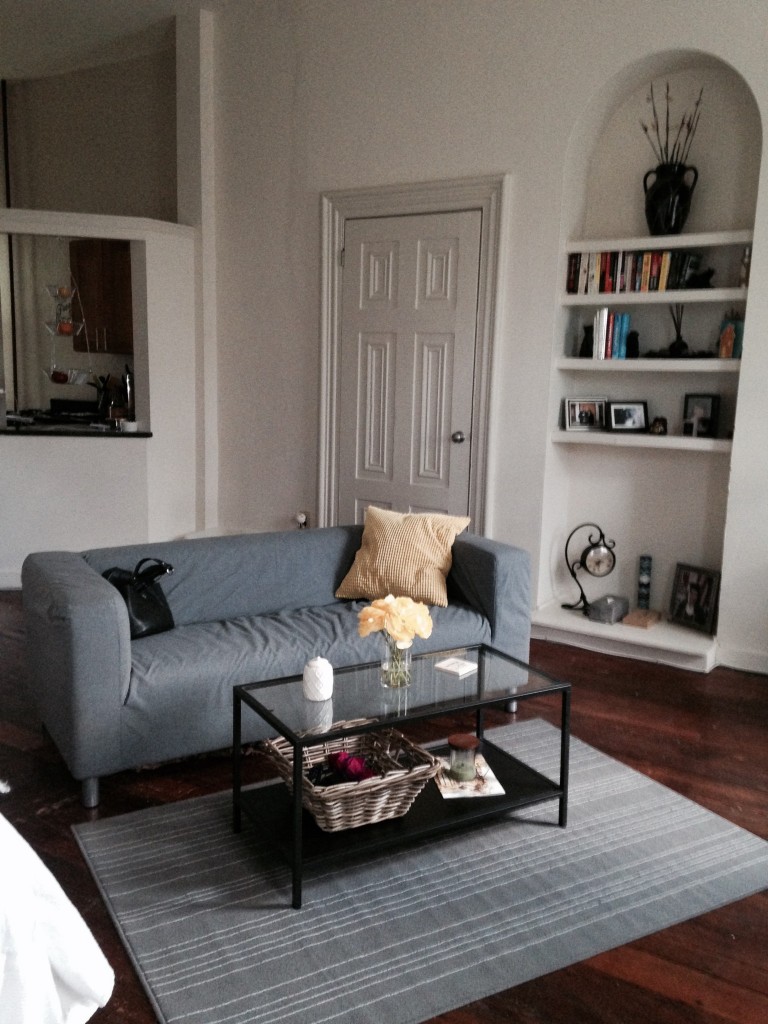 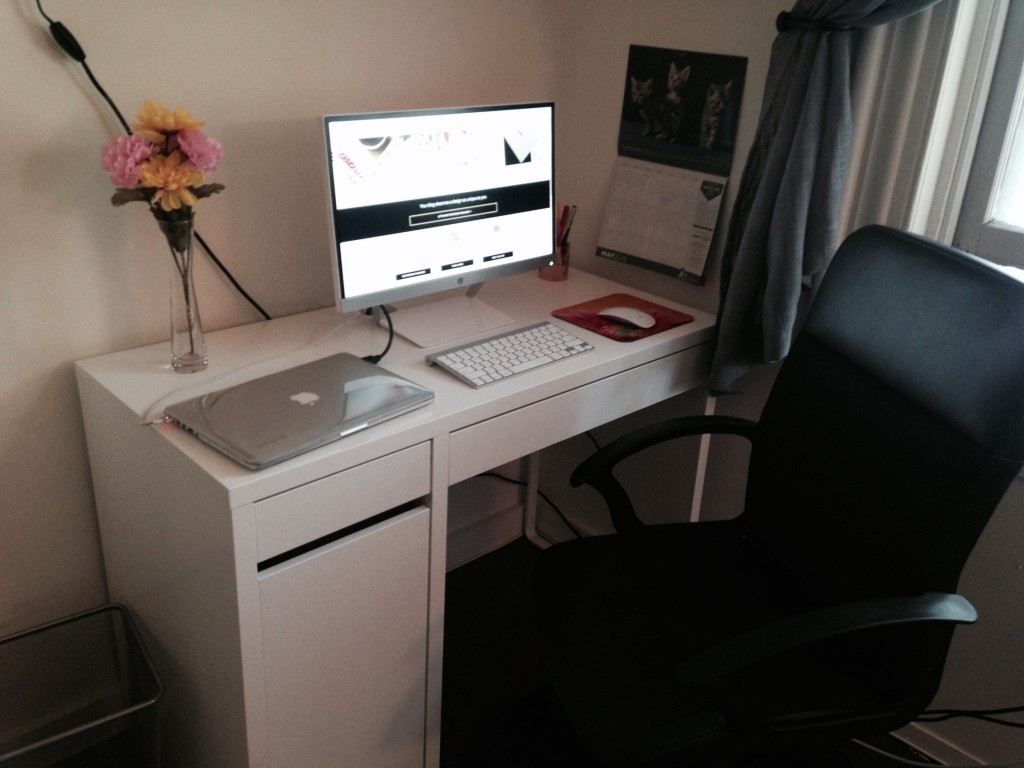 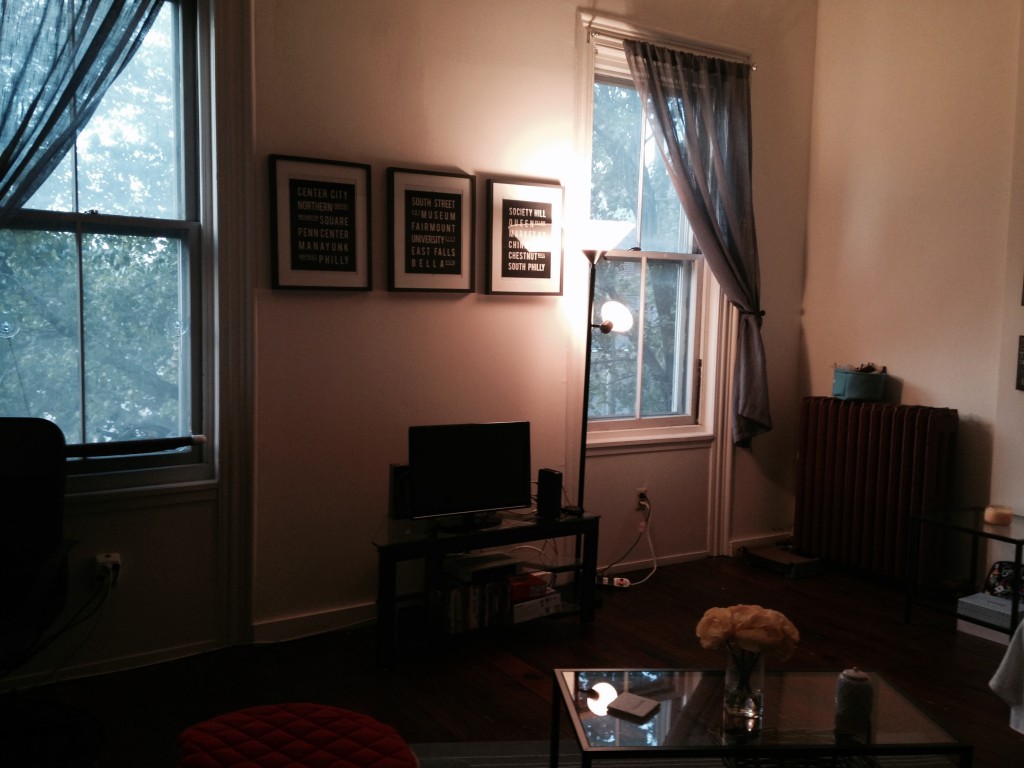 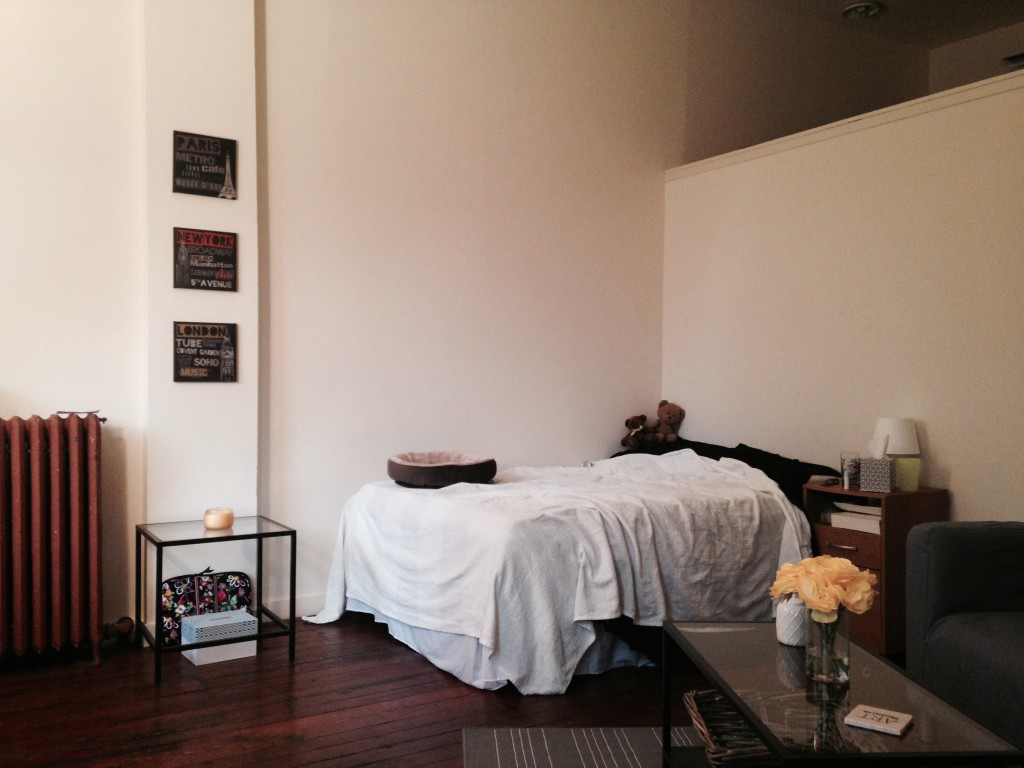 I didn’t take a photo of the loft, just the stairs. You’re supposed to sleep up here but uh…I’m good. Basically have an anxiety attack going up and down that ladder. Its great for storage though and also for picture taking! 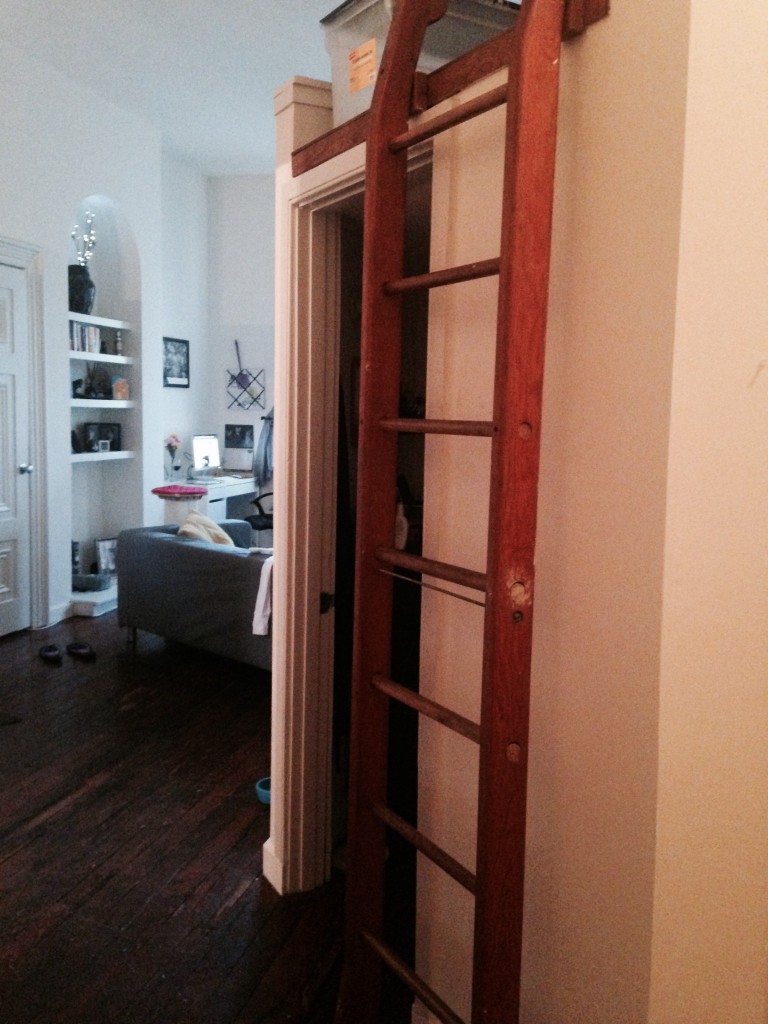 Besides being a little terrified of the tiny, old gas stove/oven, I really love this kitchen! Very spacious. 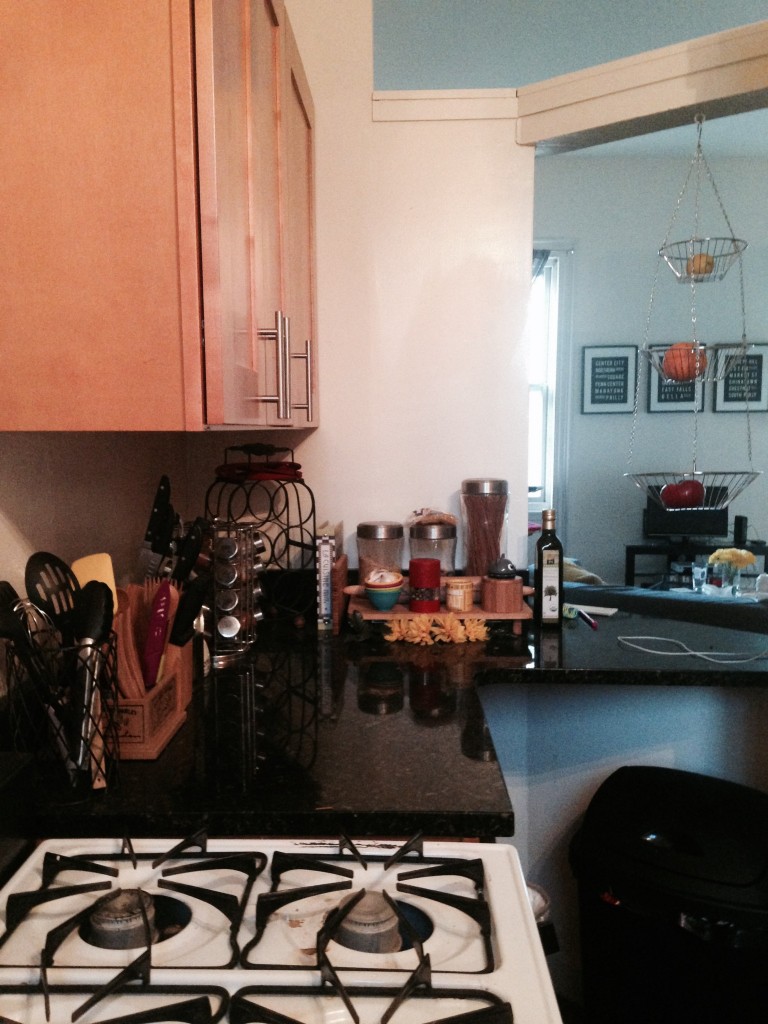 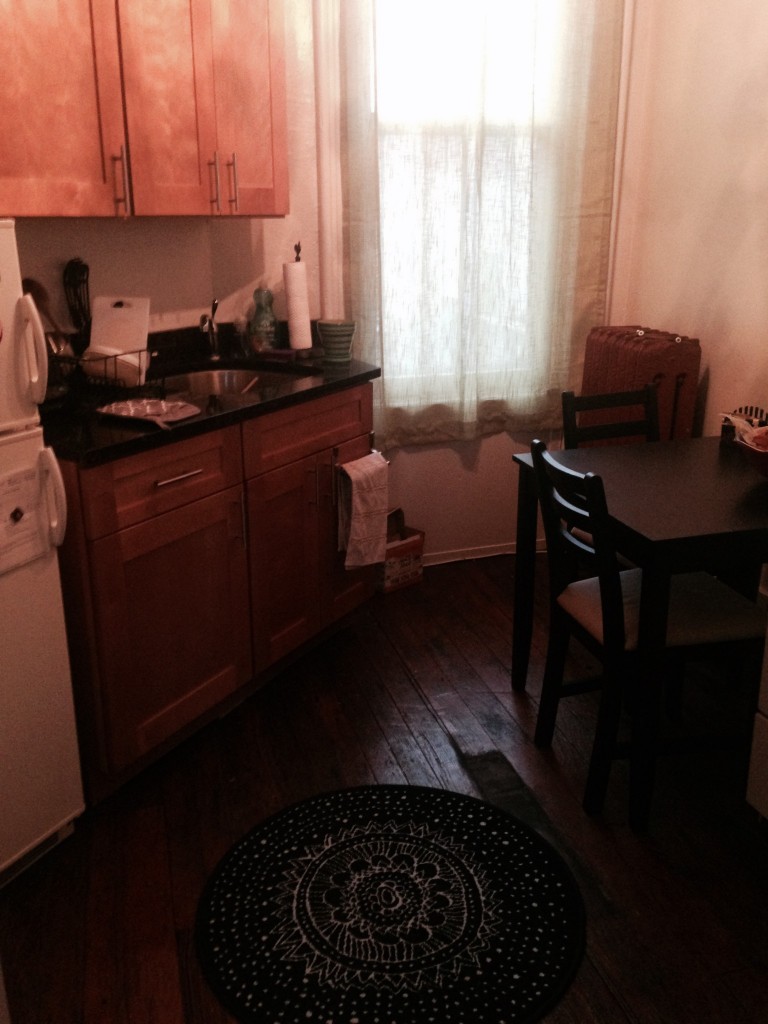 Closet (aka my favorite room)

Its huge! And also very quiet. I briefly thought about making it a tiny bedroom…if only it had outlets and more air flow. 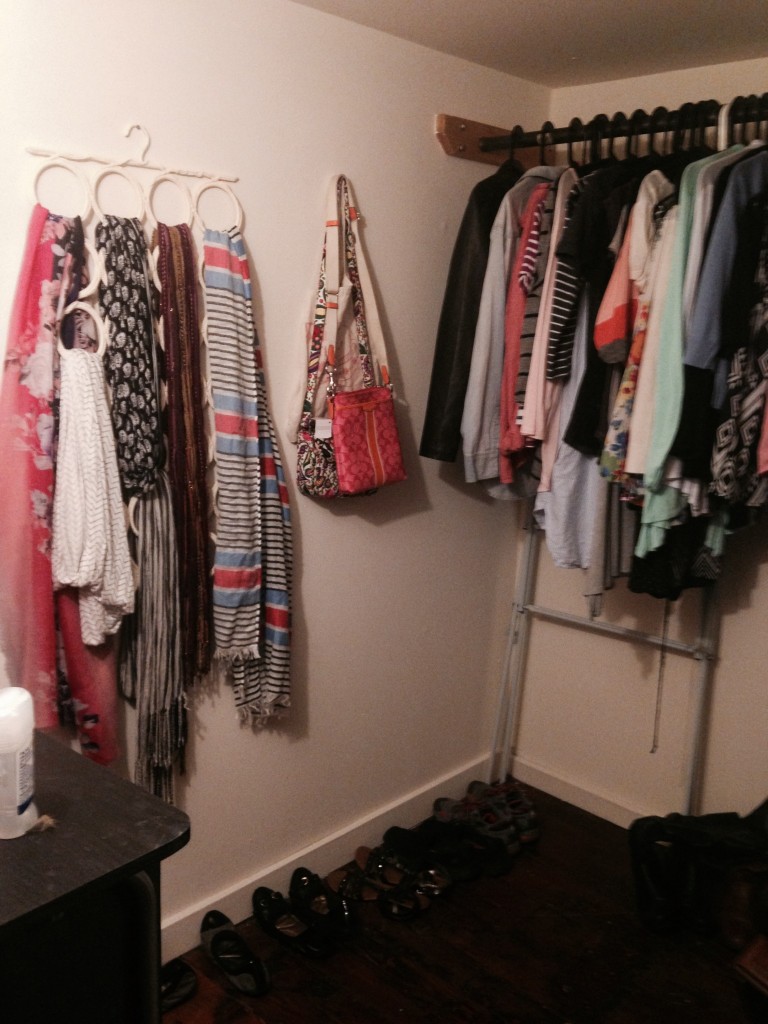 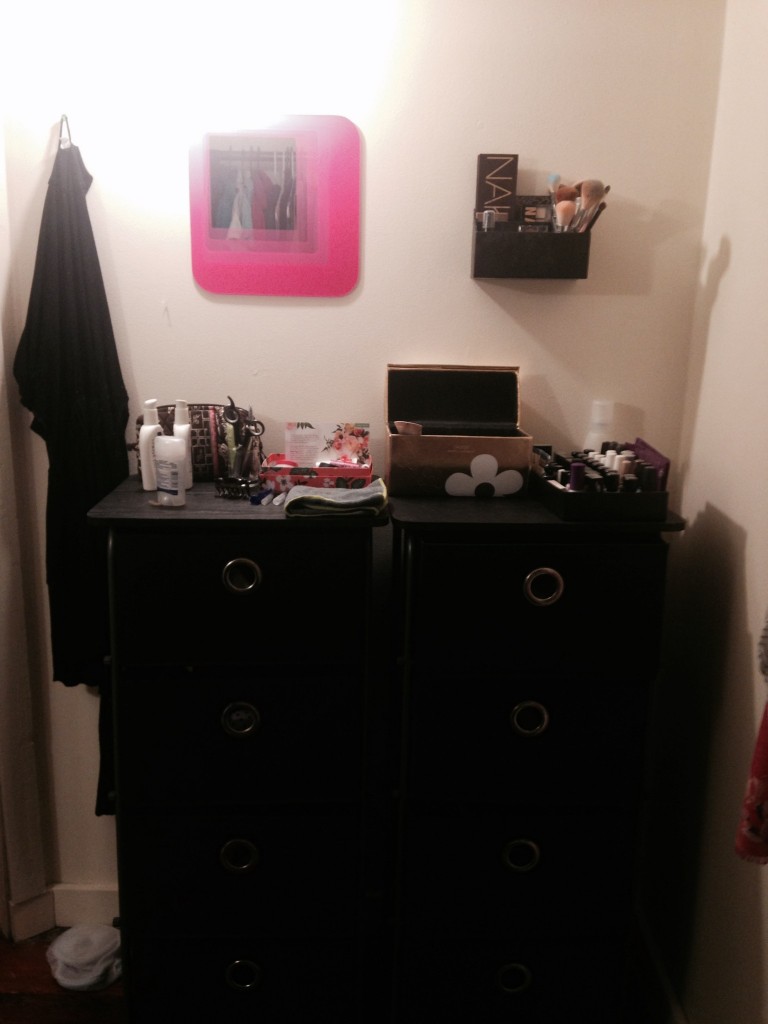 Love the colors I have going on in here! Its really large too, and I love that it has a window (the past 3 places I’ve lived have had no windows in the bathroom). And yes, that is a litter mat. The cat’s litter box was supposed to go in here, but its still in the living room for now. 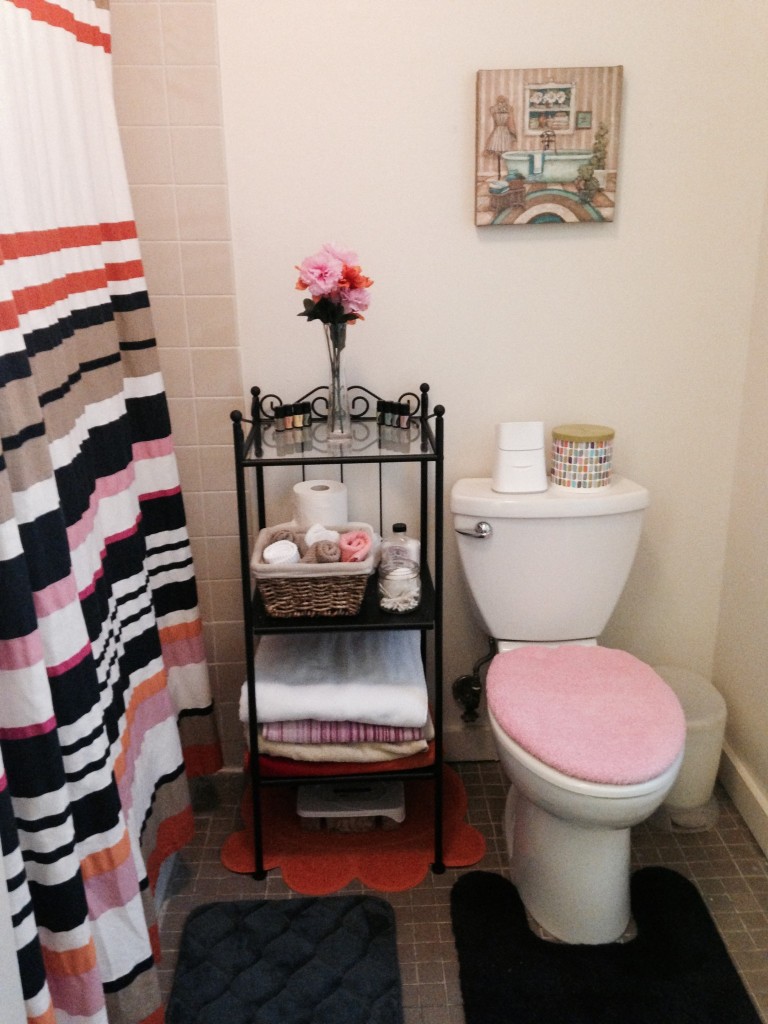 Just a cute little area I set up for the entryway. 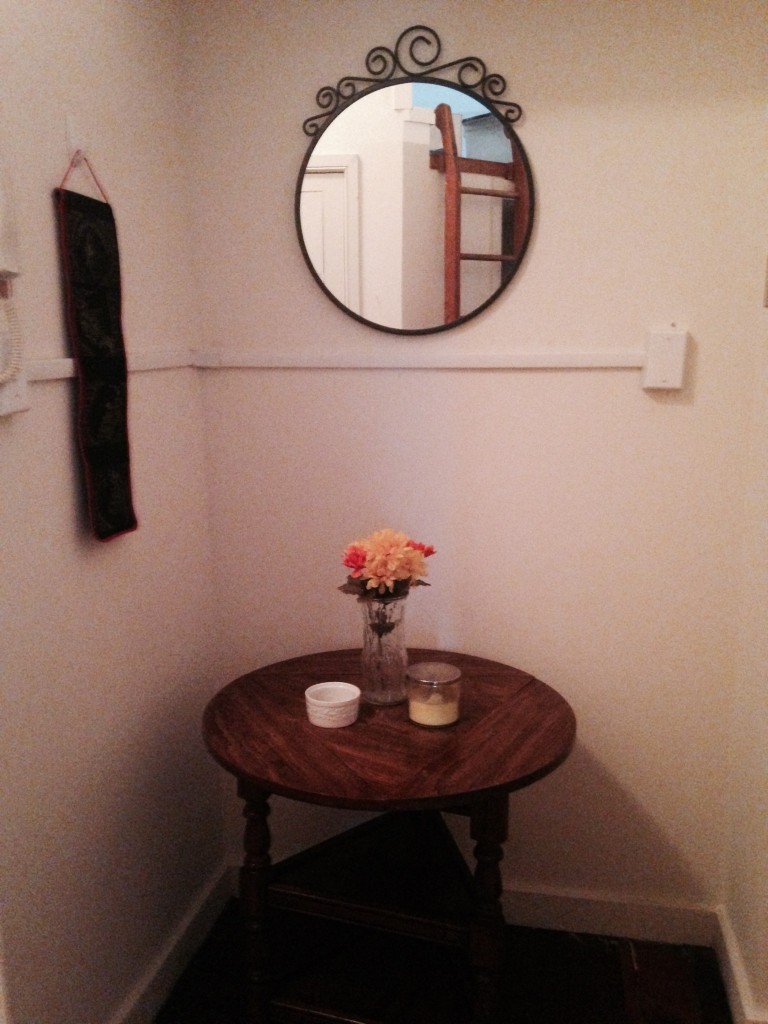 I’ll be posting about my new kitty, Jesse, soon too! 🙂