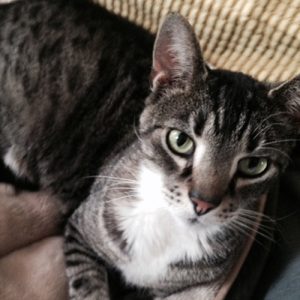 I’m almost a little sad writing this post, because exactly 2 years ago (just about), I wrote this post where I introduced Charles. :'( I miss my little buddy every day. However I am very excited to introduce my new little buddy, Jesse! While he’ll never replace Charles, I love him to bits and know that he’s warming up to me more and more each day 🙂 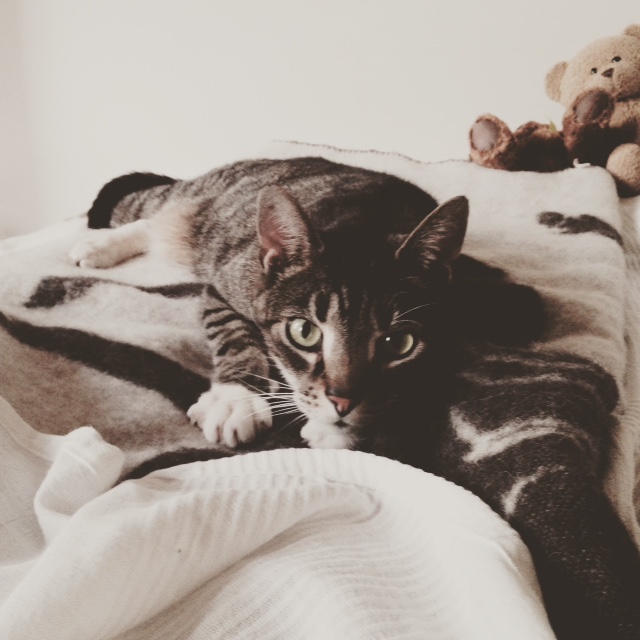 I picked up Jesse a week after I moved into my new apartment, so I’ve had him for a little over 1 month now. I didn’t really have a plan going into the shelter because a couple of the kitties I was interested in had either been adopted already or moved. My friend came with me and we checked out three different kitties. There was a fluffy white one that I loved as well, but there was just something about Jesse that kind of reminded me of Charles a bit. I think I just like the big male cats lol! We brought him back to my place (he made it clear he was not a fan of the journey haha).

As you can see, he’s a brown tabby but he has really cool-looking huge eyes and a narrow face (my vet thinks he may have some Siamese somewhere in his kitty-heritage). He is very different from Charles in that he’s much more on the scared and skittish side. He likes to hide under my bed a lot and spent most of his time under there that first week. Eventually he came out though and even jumped on my bed for cuddles, and now he pretty much chills on my bed most of the time. He’s a total sweetheart. Despite being a little scared, he actually does like people (he seems more scared of situations or loud sounds than he does of actual people). He has a good appetite and likes playing a moderate amount. Unfortunately, he wakes up a bit earlier than Charles did (around 4:30 in the morning). Still trying to figure out how to curb that but I’m dealing with it for now lol. 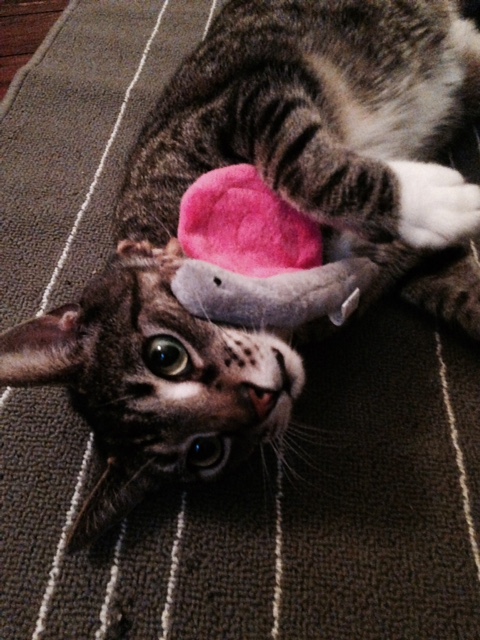 During his first vet visit, I was made aware that his teeth were in very bad shape. He has periodontal disease and the vet said he would need a cleaning and at least one extraction fairly soon. I knew it was necessary because his breath smelled absolutely rancid and sometimes when I would pet him around his mouth area, he would try to scratch me, so I knew there must be some pain involved. I scheduled the dental for June 11th (last Thursday). He really does NOT like being in the carrier, so I felt pretty terrible about having to do that to him, but I know it was for his own good. They kept him most of the day and called me in the afternoon to let me know how it went. I was so nervous because he was reported from the shelter as having a low grade heart murmur (which can be a risk with anesthesia), but my vet couldn’t detect a murmur so we didn’t use any other precautions. Luckily, everything went well and he made it through. They had to extract EIGHT teeth though! Poor baby. Apparently his mouth was in very bad shape with some teeth having re-absorption issues and I think one tooth had abscessed as well. When I brought him back, he basically stayed under the bed for like 2 days.

It doesn’t end there though…I got a call from the vet the following day (last Friday) regarding his fecal test results. Apparently he tested positive for giardia. This poor kitty can’t catch a break! So only a day after his dental ordeal, I had to start giving him this strong ucky medicine that gives him diarrhea. I only have 2 more days of giving him this stuff, so I really hope his digestive stuff goes back to normal once its over. He didn’t even have any symptoms of the giardia, but I guess better safe than sorry. I have to get him re-tested in a couple weeks so cross your fingers that he will be giardia-free.

Luckily, I think he’s starting to forgive me for all the stuff I’m putting him through haha. He’s started laying on my bed again, though isn’t that interested in giving me cuddles anymore but I’m sure over time he’ll go back to his normal self (except pain-free this time!). 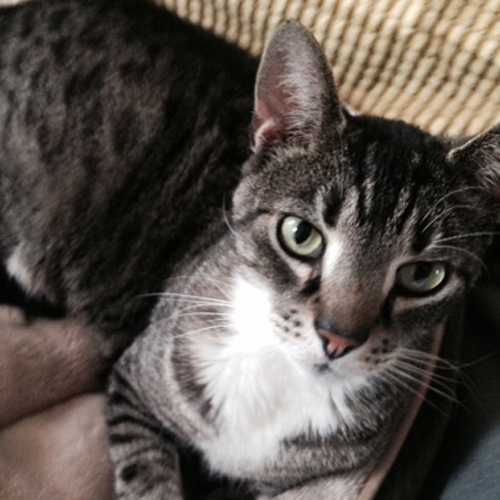 So that’s Jesse! Look forward to more posts about him here 🙂