This past week/weekend, Steve and I went to Niagara Falls and Toronto! I’ve always wanted to go there…I was actually supposed to a couple years back with my parents, but literally 2 nights before I realized my passport had expired so we cancelled haha. The original plan was to go camping on the drive up on Thursday night, stay 1 night on the New York side of Niagara, and then 2 nights in Toronto. It ended up being a crazy thunderstorm all day Thursday, so we just drove straight to Niagara (about 7 hours) and stayed there for 2 nights instead. It ended up working out really well because the hotel we stayed at was gorgeous! It had a jacuzzi and a fireplace and free cookies. 😉

Friday was spent exploring the Falls. We started off doing the Cave of the Winds tour which takes you under (sort of under) the American side of the Falls via a series of decks. They give you ponchos and sandals, which were oddly comfortable for being free…I wore them most of the day. The “Hurricane Deck” is the highest point of the deck and you basically get completely soaked. It feels like buckets of water are being dumped on you. It was a ton of fun! 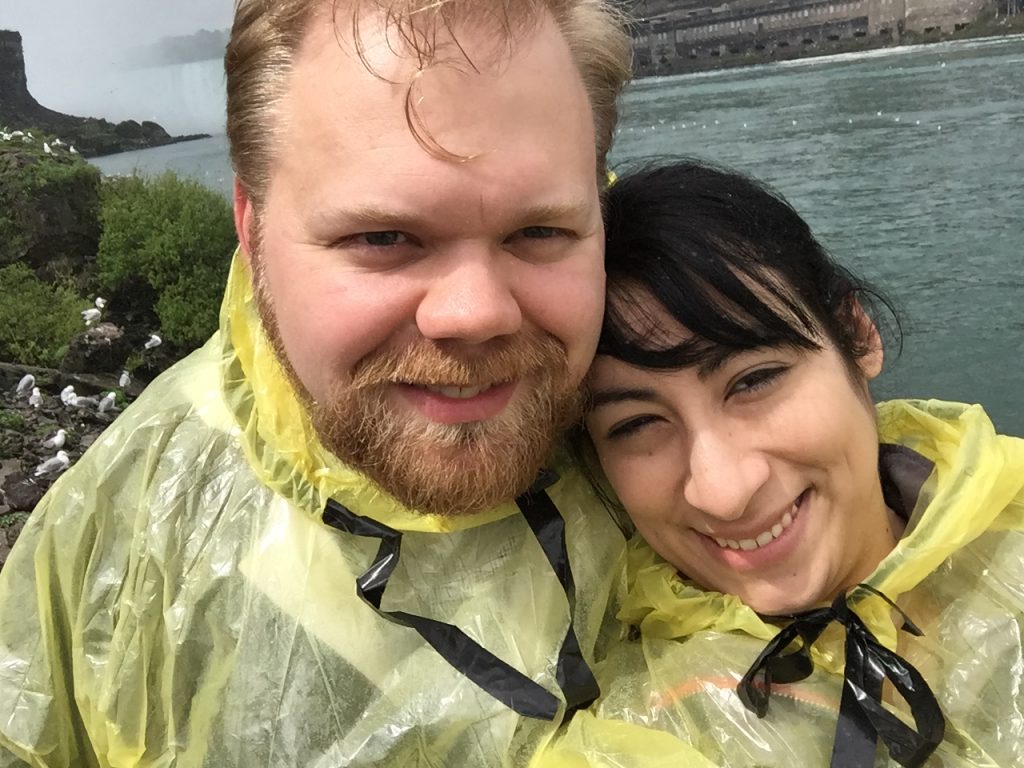 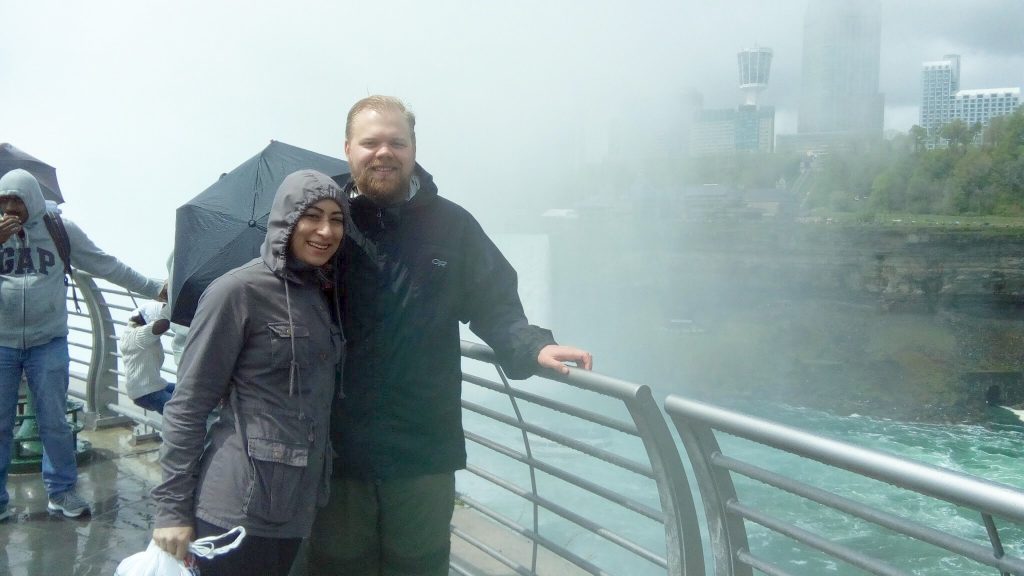 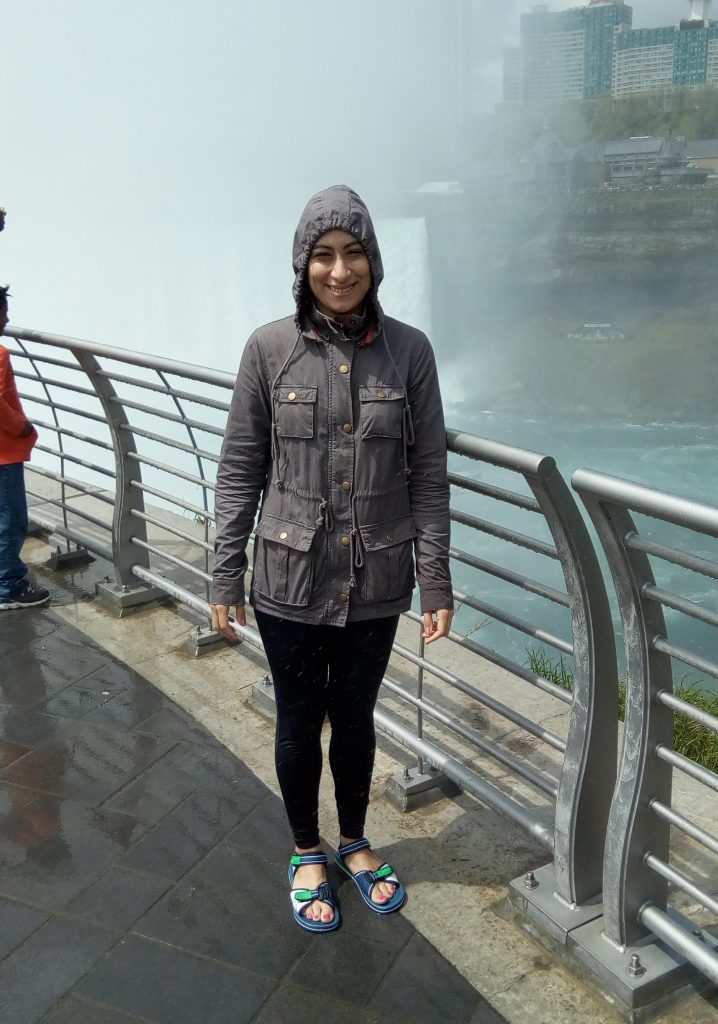 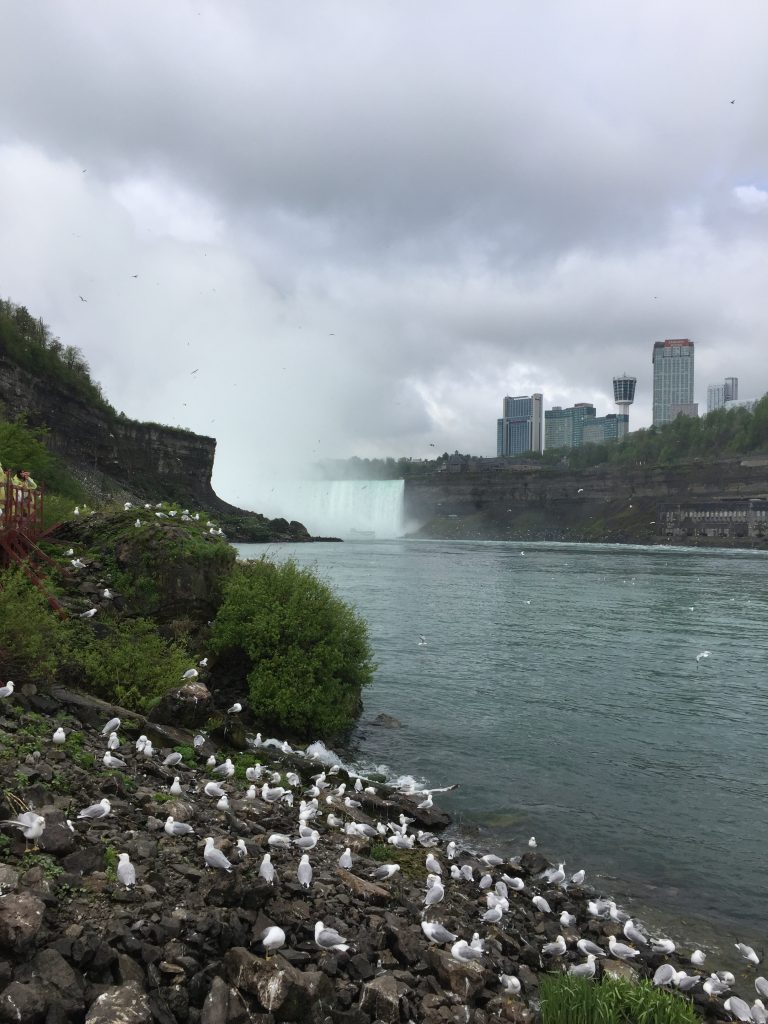 After that, we walked around a little bit and then did the Maid of the Mist boat tour. It was really cool because the boat took you as close to the Falls as you could probably (safely) get. And yes, more getting soaked! I wore workout leggings so it wasn’t too bad. After we finished up that tour, we went back to the hotel for a hot second then walked over the border to the Canadian side. It was weird just walking into another country. Also, Canadian border patrol are so much friendlier than the American ones. 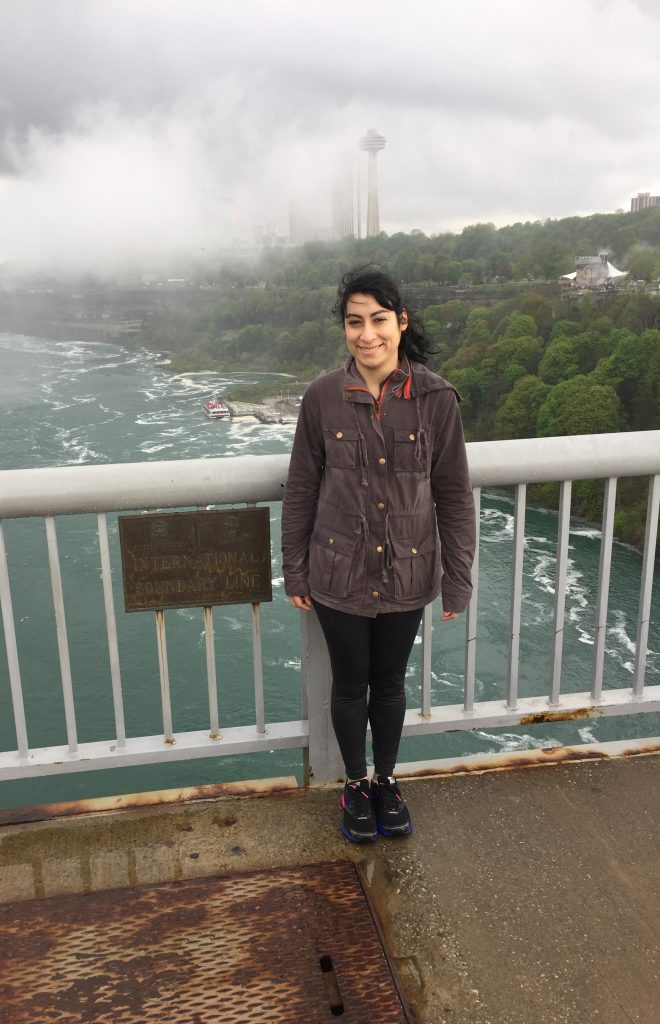 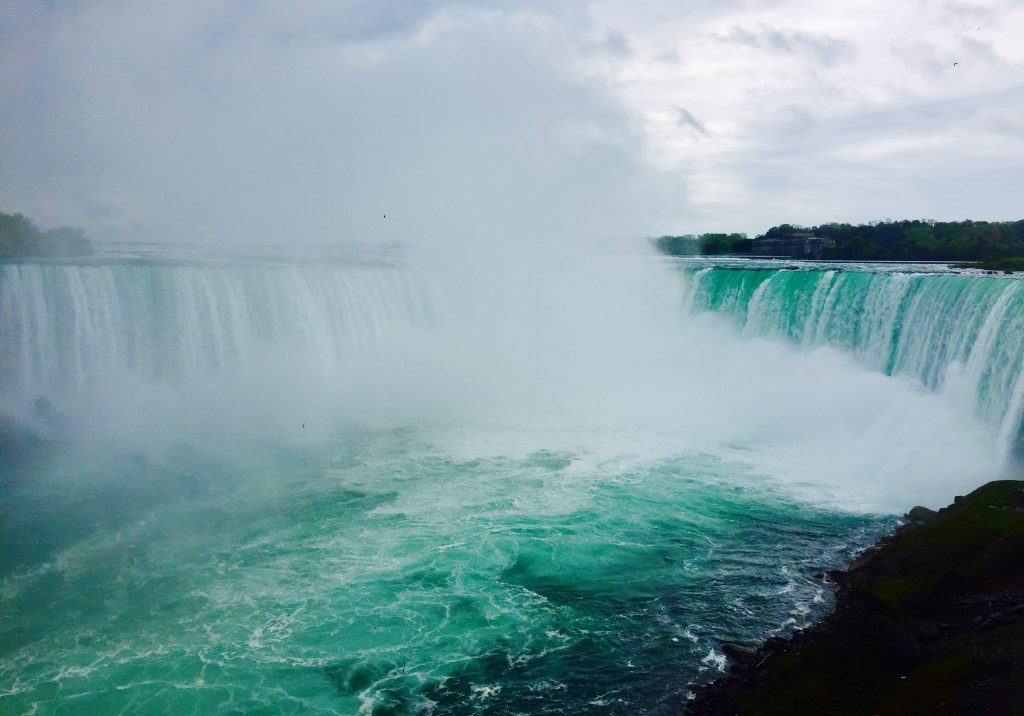 The view of the Falls from the Canadian side was a lot nicer and we got some great pictures! Then a bird pooped on me and the skies opened and poured rain down on us…so that kind of sucked I guess LOL. That night, we had dinner at a really nice place called Savor. There were supposed to be fireworks over the Falls at 10PM, so once we heard them starting we tried to run up to the lounge on the top floor, but it was literally over by 10:05PM so we didn’t get to see anything…kind of ridiculous.

Saturday’s theme was lines, lines, and more lines. We checked out of our hotel and started the drive to Canada. Waited in line at the border forever, and then in traffic forever getting into Toronto. We left in the morning at like 10:30ish and got into Toronto around 1:30. We had lunch at this place called Richmond Station (I wanted to have dinner there but they were all booked for dinner times)…had a yummy burger! We walked around Nathan Philipps Square which has the big “Toronto” sign, and then checked into our hotel which was across the street. We had a great view from our room! 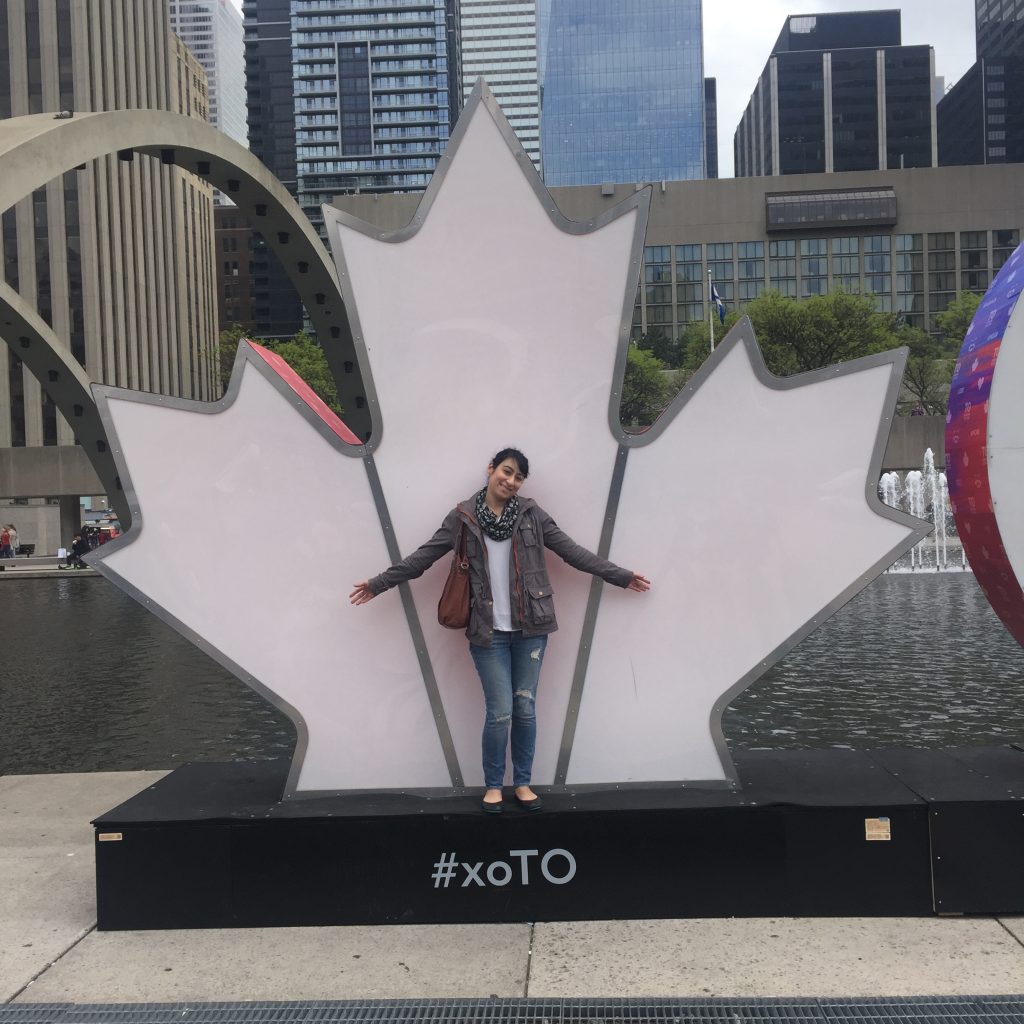 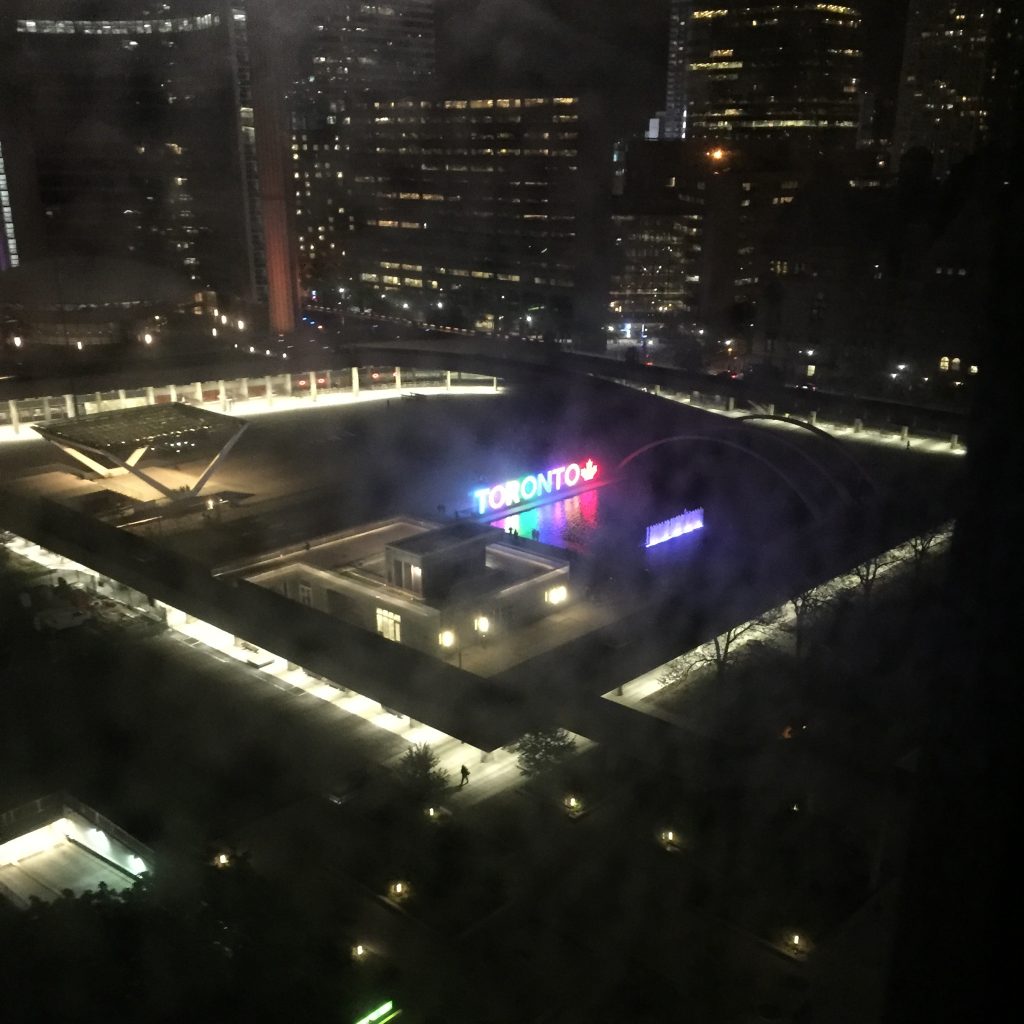 That night, the 2 attractions on the list were the Ripley’s Aquarium and The CN Tower.  The aquarium was nice…just lots of screaming children and it was kind of on the small side, but we saw some cool jellyfish and sharks. 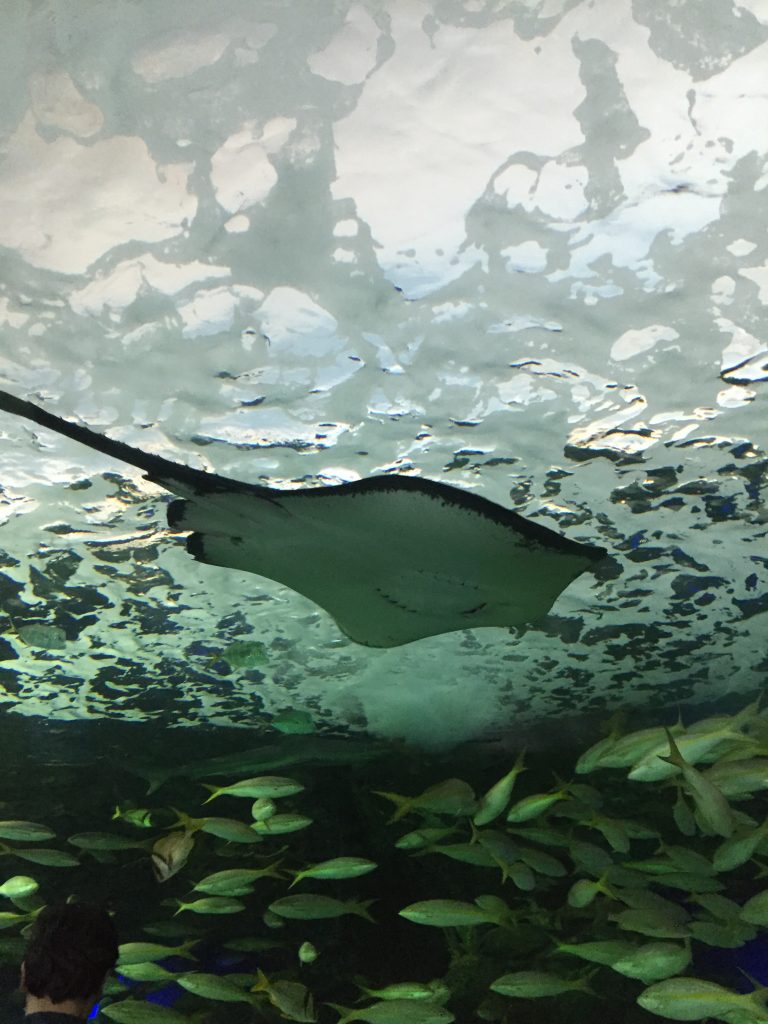 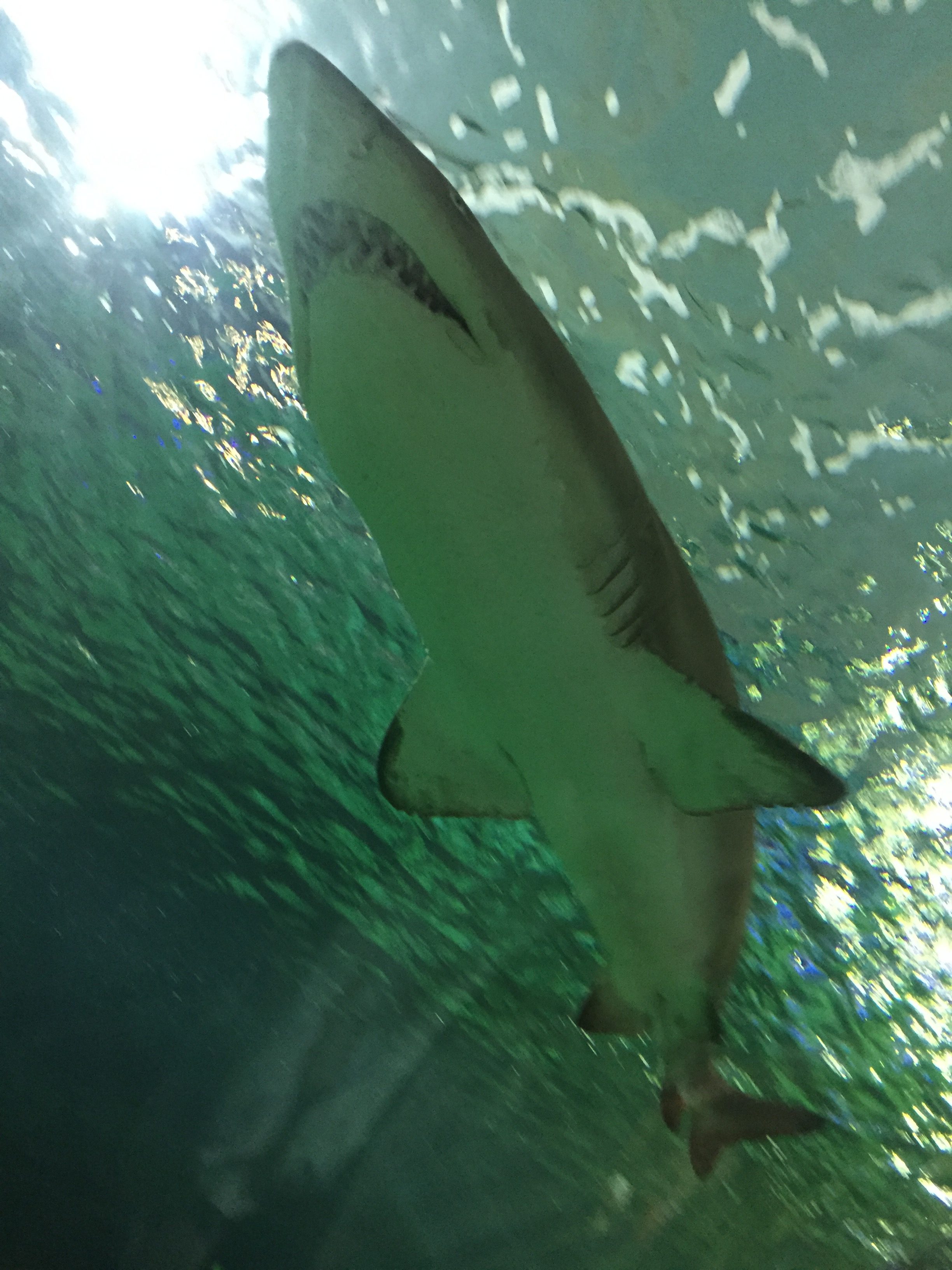 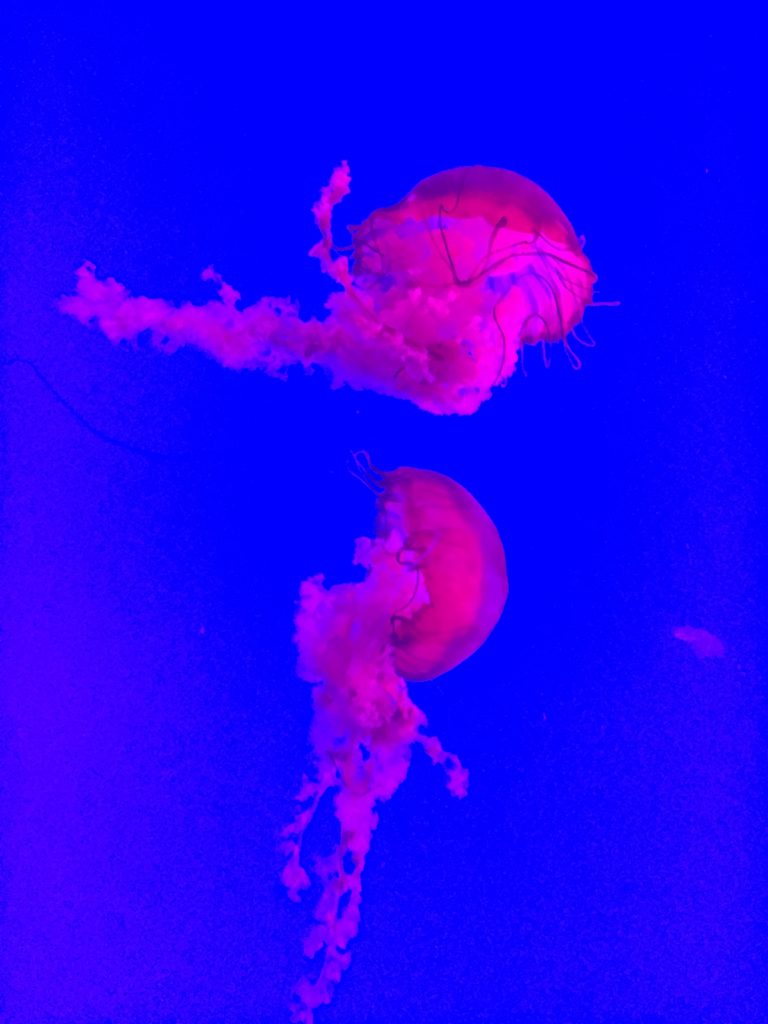 We hung around a bit after the aquarium because we didn’t want to get to the CN Tower too early since we wanted to catch the sunset. Well little did we know that they’re be an 85 minute wait. So after waiting in line for like an hour and a half, we finally got to the elevator to get to the top. Luckily, the sun hadn’t set yet completely so we were able to see that! It looked really cool after dark as well. 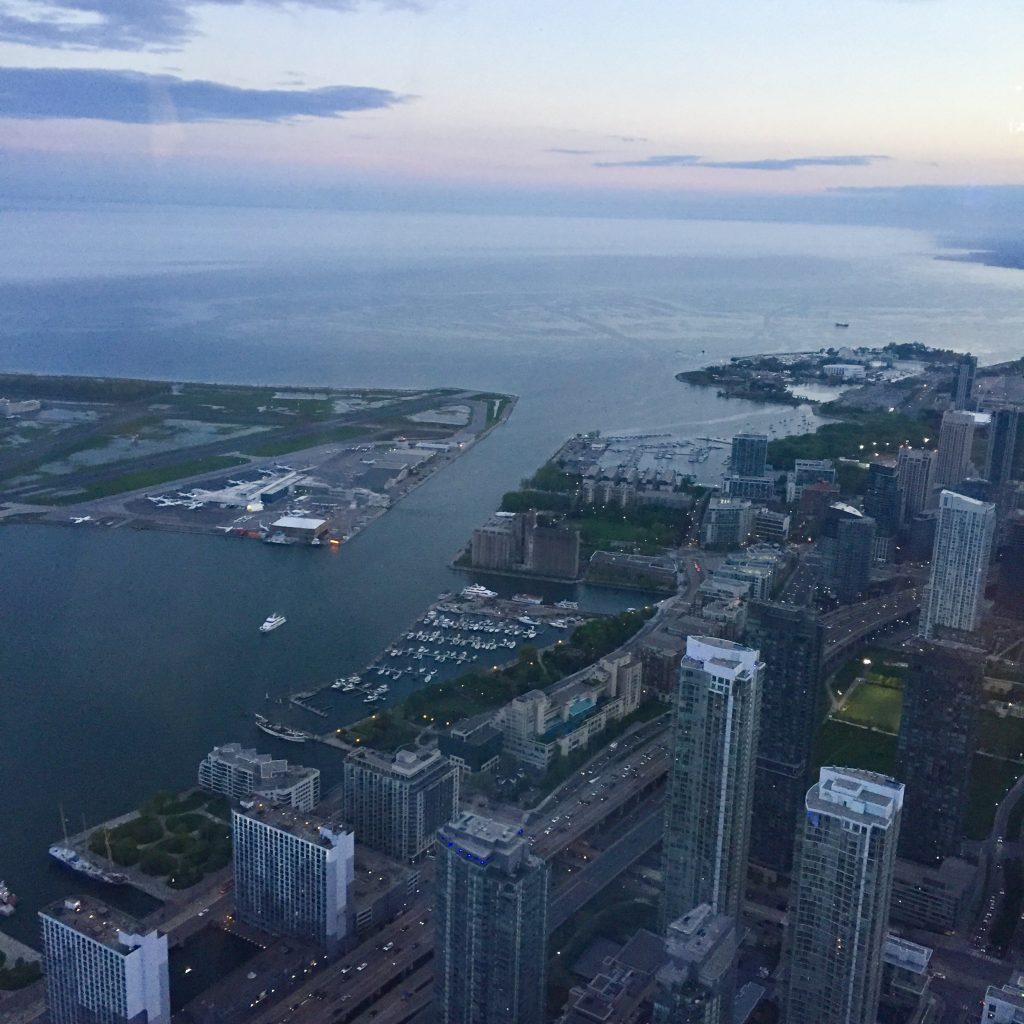 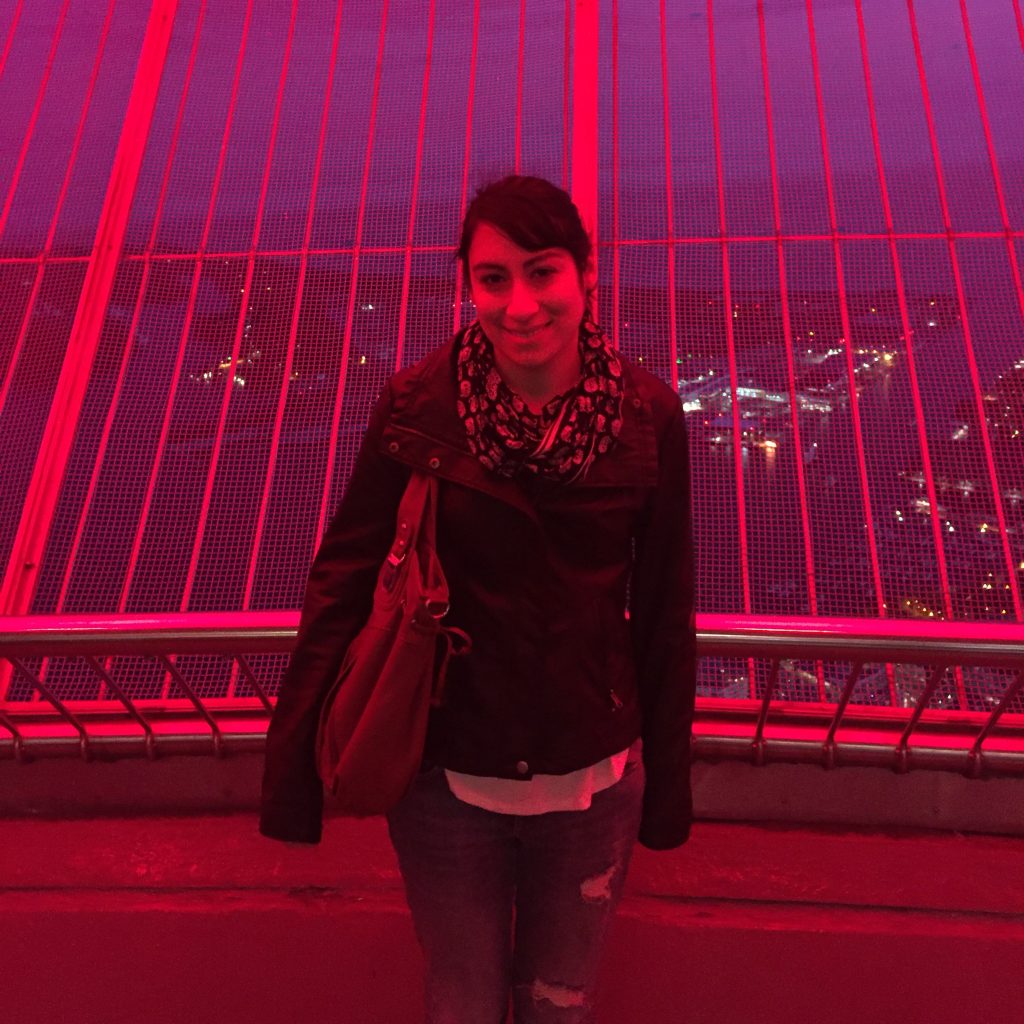 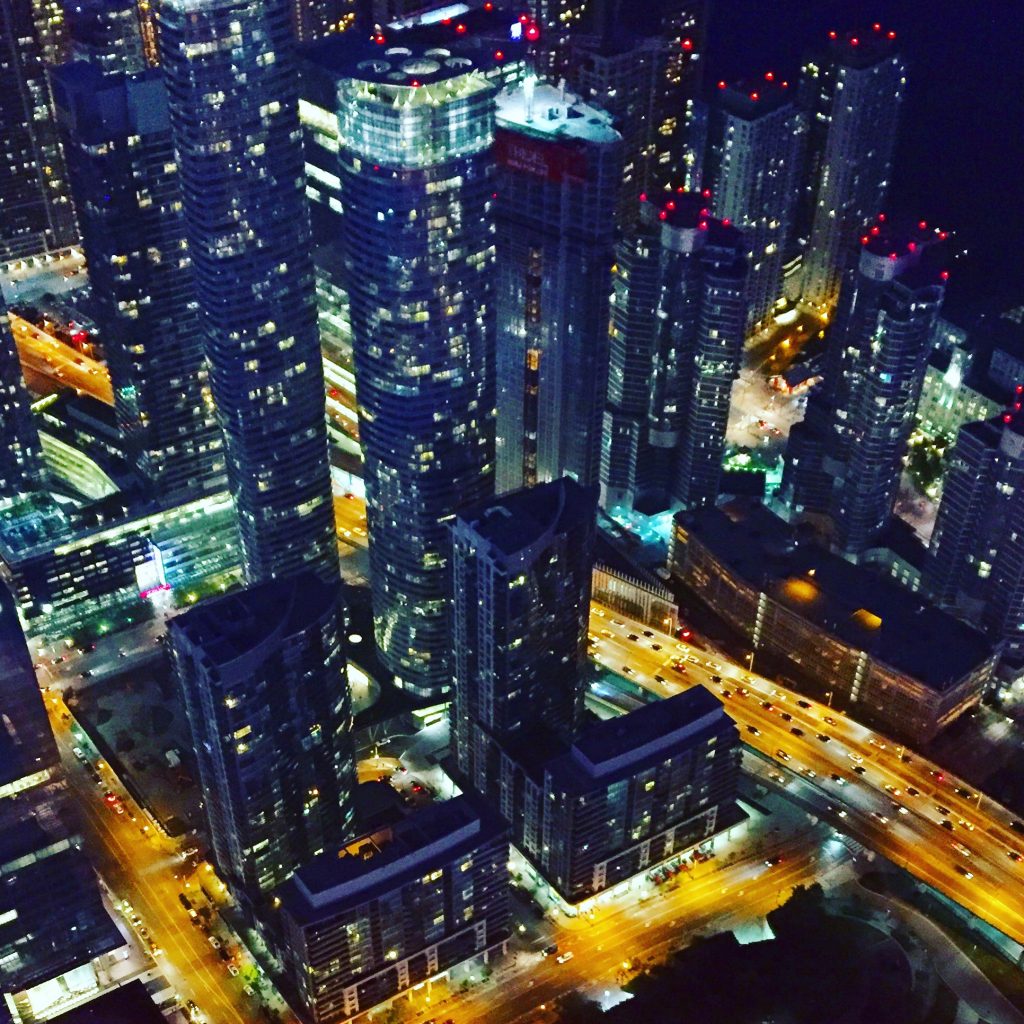 Then we waited in yet another line to get on the elevator back down. We were kind of hungry at this point since we didn’t have a real dinner. I ended up getting poutine since I had never tried it before…I liked it! Steve wasn’t too keen on poutine (har har) so he got a burrito which, in keeping with our day’s theme, he ended up waiting in line forever for.

Sunday was a really gorgeous day…bright and sunny! Which is funny, since it was supposed to rain. My feet weren’t fully recovered from the day before and Uber was charging too much, so we took the subway to our first attraction which was Casa Loma. The subway was confusing cause we didn’t have exact change for the machine (which is a token machine by the way…I guess Philadelphia isn’t the only city still using tokens in 2017). I also thought that the $2 coins were $1 since the concept of a coin being $2 was crazy to me…hell, the concept of a $1 coin is crazy to me. The guy at the ticket counter probably hated me but put up with my sheer confusion enough, and we got through. Casa Loma was gorgeous! We got some great pictures. 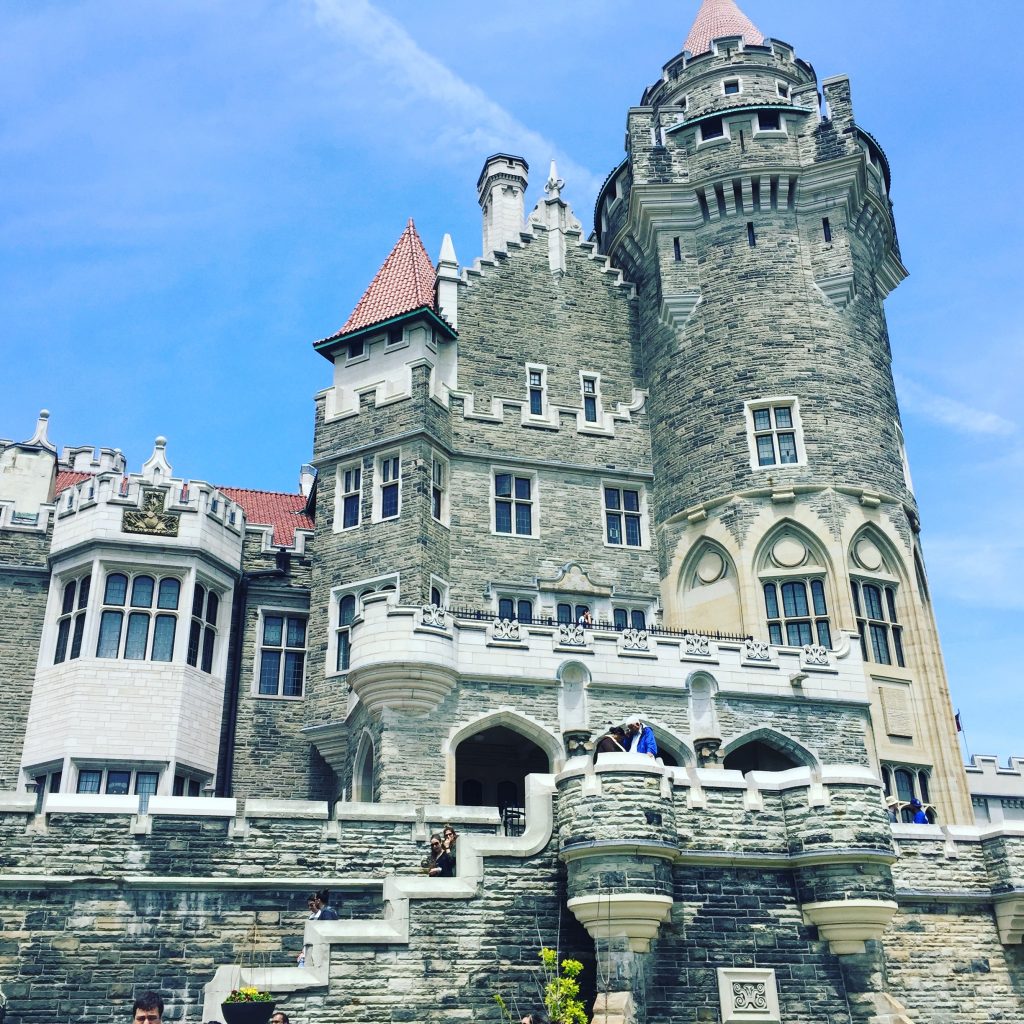 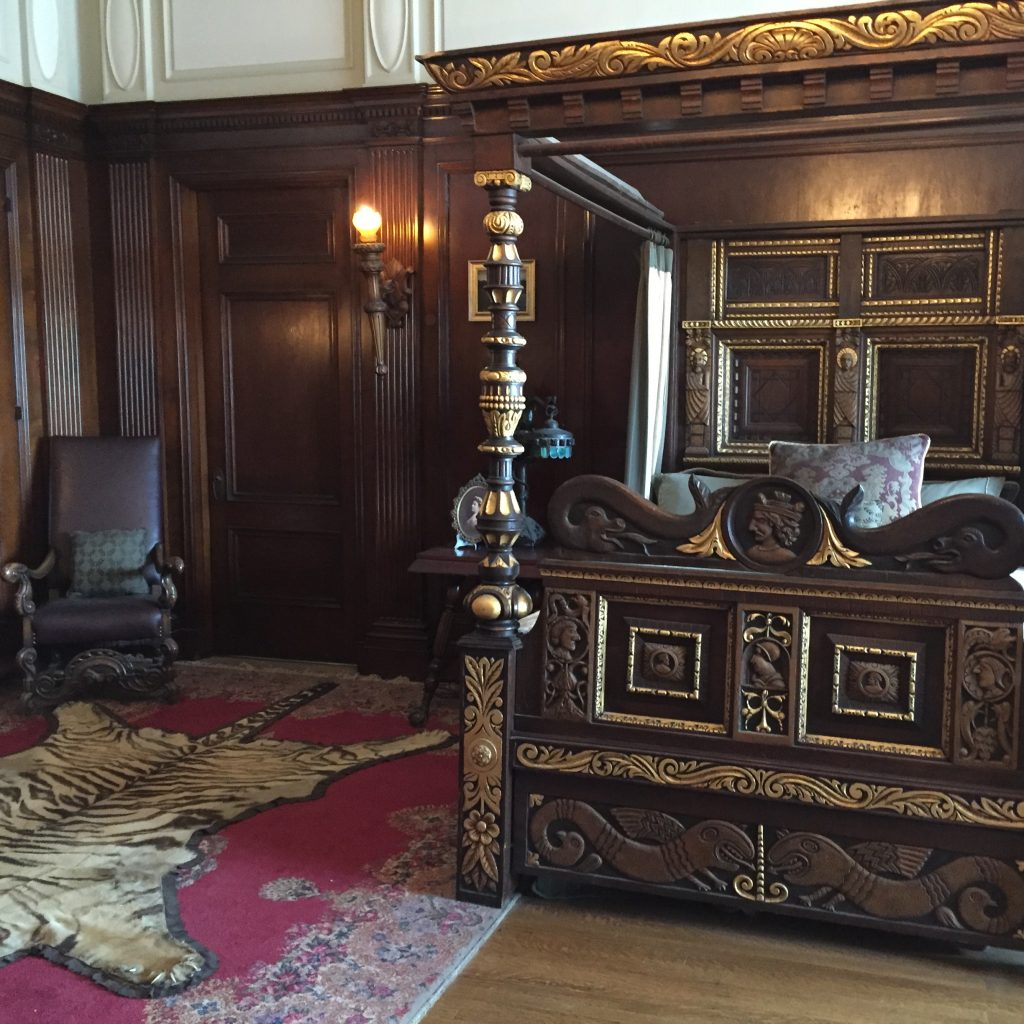 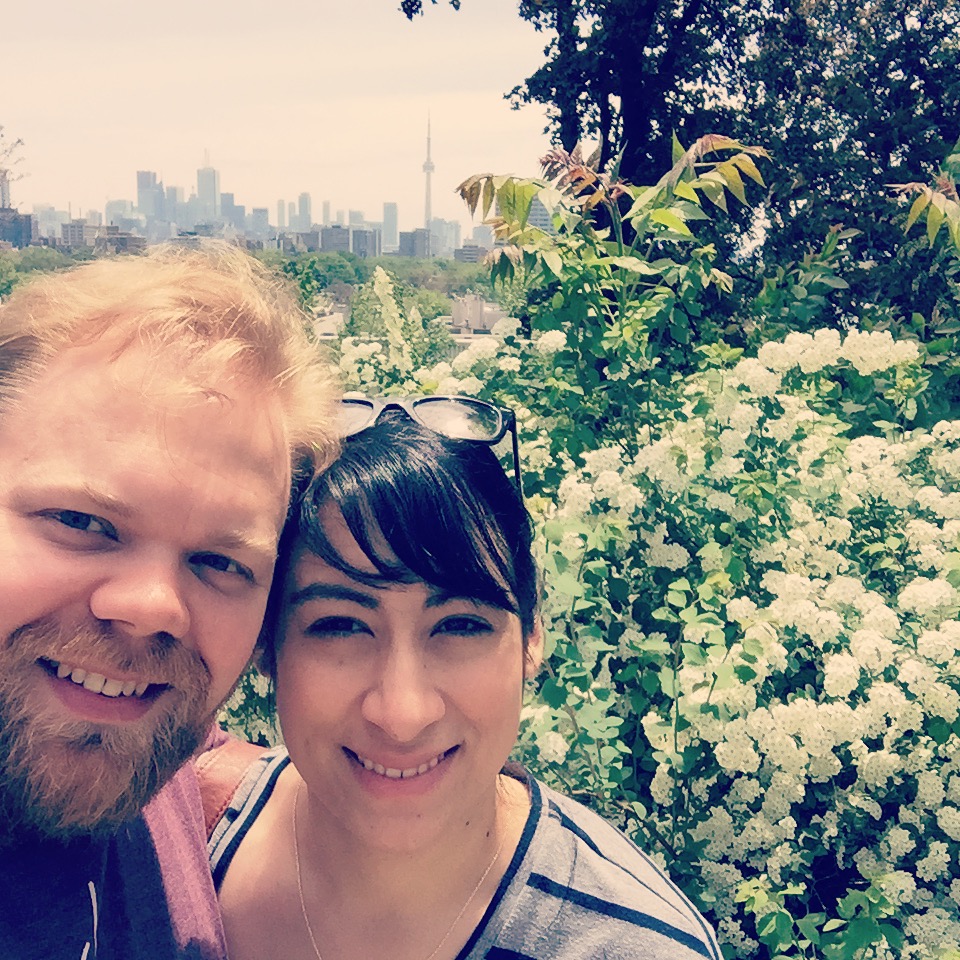 It was huge, so my feet were killing me by the time we were done, but we ended up walking to the next place which was about a half hour away. We did stop by to grab some lunch first. The Royal Ontario Museum was our final attraction of the trip. I didn’t realize how big it was…there was just so much there to see, and unfortunately we didn’t get to see all of it cause the museum closed at 5:30. I didn’t take many pictures…I forgot to take a picture of the outside which looked super cool.

We were basically dead by the time we made it back to the hotel (by subway…and we had exact change this time so we didn’t look like idiots!). We grabbed dinner in the restaurant at the hotel since that’s about how far I wanted to walk, then afterwards we took a couple final pictures in front of the Toronto sign at night. 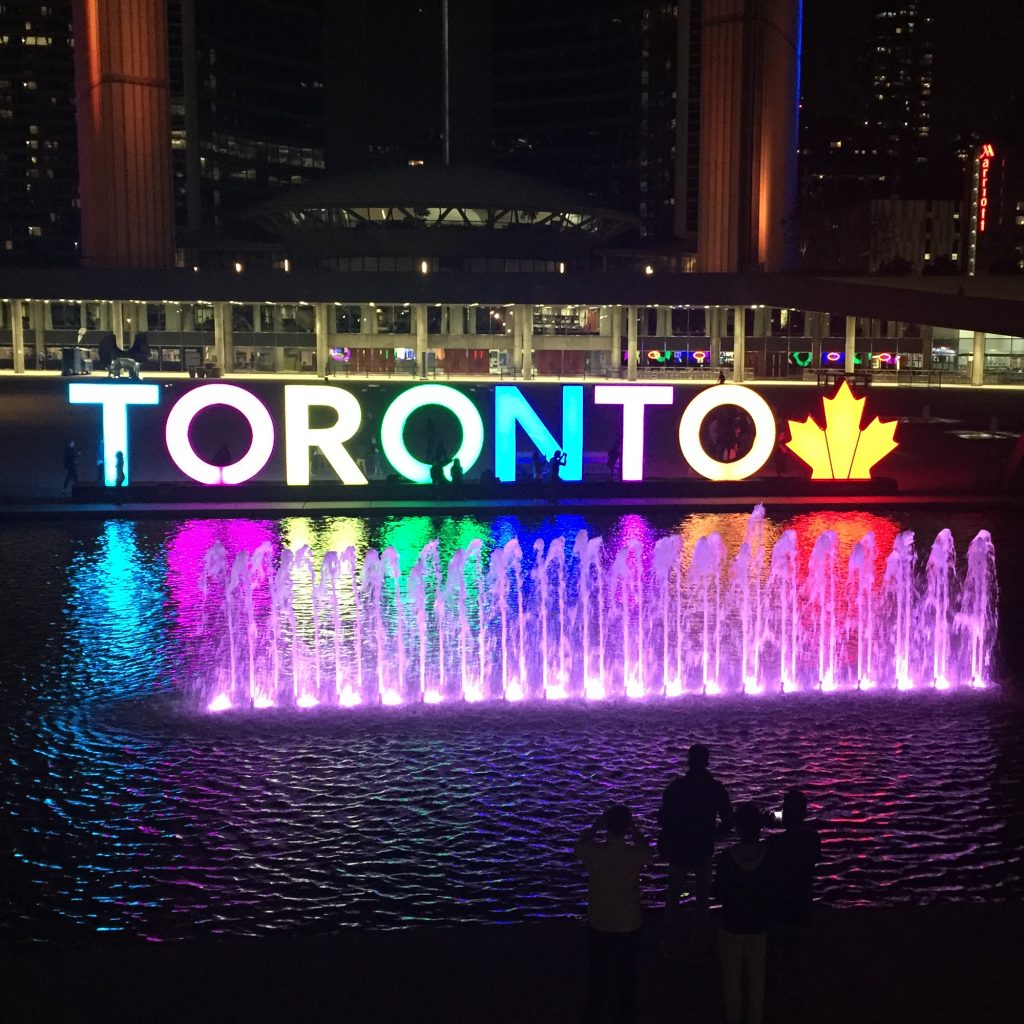 Monday we drove back. We left at a decent time, but had a forever long wait at the border so we ended up getting back around 7. Jesse didn’t hate me too much. 😉 I actually used a cat sitter for the first time and it worked out great! She texted me with updates to how he was doing and said he was a sweetheart…which he is of course.