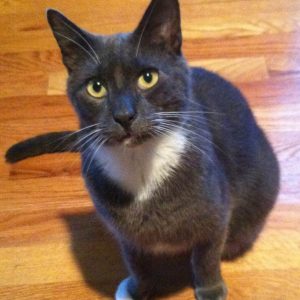 Wow already October? September really flew by! I <3 Fall weather but its supposed to be like 80 something today ugh. Charles is doing really well (as you can see from the picture below). 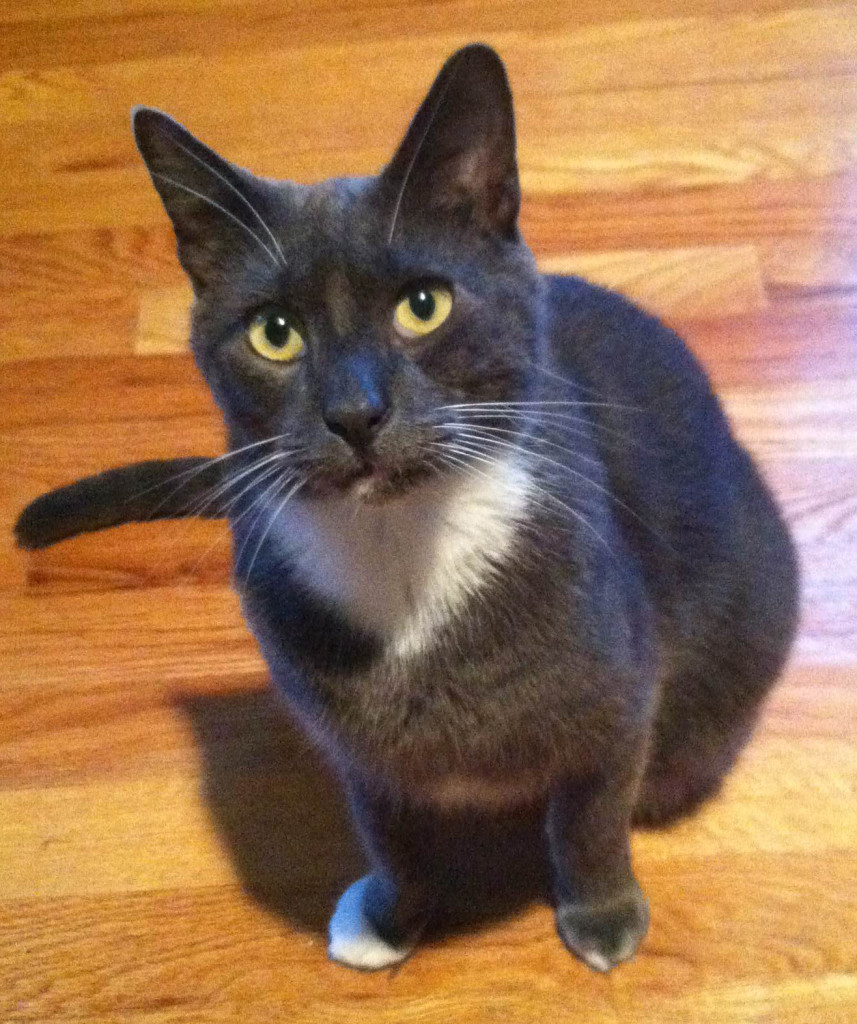 I’d say is eye is almost normal, just a tiny little bit of swelling in the corner there. He’s also a bundle of energy…too much energy actually when I just want to relax! haha. Unfortunately, his scratching/over-grooming situation has gotten a bit worse. There are noticible thinning patches on his one side. I originally suspected food allergies, but I’m not so sure now as it seems to coincide with the weather getting cooler and I’ve been giving him hypoallergenic food for a couple weeks. I looked up what kind of allergens are around for late summer/early fall, and apparently weed allergies like ragweed are very strong. He’s an indoor cat so I’m not sure if that effects him though. No idea at this point. I’ve started giving him a “cat dose” of Zyrtec starting yesterday (half a pill) so we’ll see if that has any effect. Its supposed to be a little more effective for cats than Benadryl or Claritin, but who knows.

I was so stressed out about a few things on Monday but luckily I’m better now. Looking forward to the cruise at the end of the month…but I’m totally not prepared and need to get like a bunch of stuff (don’t even have a bathing suit!). Kind of worried about how the kitty will be with us being gone so long. My dad is staying over, but still…hope he doesn’t get stressed out. And I also hope I don’t spend my entire vacation worrying about the little bugger! haha.

Shawn is sick…he’s been coughing up a storm. Luckily I haven’t caught anything yet. Between him and the kitty, there’s a lot of meds going around in our condo. haha. I’ve been wanting to spruce up some areas of the condo that we just never got to when we moved in (like getting an area rug for the living room, and a rug and new comforter for the bedroom)…probably can’t afford it at the moment, though. Bleh.

I’ve been trying to think of Halloween costumes for Shawn and I. He’s never dressed up with me before, but since we’ll be on the cruise together he kind of has to! I was thinking a “20’s” theme since I have a flapper costume somewhere I can dig up, which may or may not still fit me. And he could just wear a suit and get like a hat or whatever. Just don’t feel like spending $40 on a costume again.