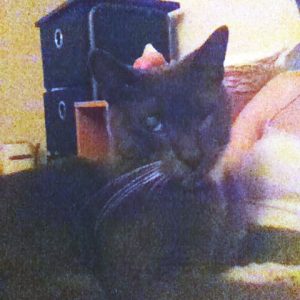 Poor Charles can’t catch a break! He was fine up until a couple weeks ago when he started to act like he was very itchy. Checked him for fleas and couldn’t find any evidence of them. I did change his food at the beginning of the month and start him on some new treats for his teeth so I was thinking it might have been something to do with that and maybe it just didn’t kick in until a week later? I have no idea. I noticed that one of the ingredients in his new food was wheat gluten. I know wheat can be a common allergy trigger for cats, so for the past week I’ve been giving him grain free food. He’s still scratching but I feel like its gone down a bit (and Shawn says that he wasn’t scratching at all when he was home with him yesterday). If it IS in fact the wheat issue, I’m sure it’ll take a week or 2 to get out of his system so I’m going to give it some time. I’ve also ordered new food for him which is grain free. Probably better for him to have grain free food regardless.

Both Sunday and yesterday morning I noticed he had a goopy eye and that it was slightly pink and weepy. His eye is always kind of goopy and watery…the doctor said its most likely feline herpes that will flare up occasionally, so I had been giving him an l-lysine supplement every day to help with that. It kind of comes and goes, but I was worried yesterday because its usually not pinkish, just watery. Some internet research suggested some apple cider vinegar applied to his neck to help. Luckily I had some in the fridge (and the good kind that was organic, raw, etc) so I figured it wouldn’t hurt to try. I applied it last night and I there wasn’t any noticeable redness in his eye that I could see this morning. I applied some more before leaving for work just to be sure, so I’ll have to see how it is when I get back this evening. I don’t think he’s a fan of smelling like vinegar though =/ haha. He keeps sleeping in the bathroom on top of the toilet seat at night instead of either of his comfy beds which is odd. Don’t know what that’s all about and hope it doesn’t have to do with him not feeling well. I’m probably being overly-paranoid about it though…I’m sure he just found a new spot that he likes and chose to sleep there lol.

Nothing much else is going on. I had a pretty nice weekend. Shawn and I went to see A World’s End which was pretty funny. This coming up weekend we’re probably going to visit my parents for a Labor Day bbq. Excited about the 4 day weekend but it’ll probably go by way too fast and then its September and Summer is basically over. I’m ALL for summer being over (hate hate hate hot weather), but I’ll miss how not busy it is in the office and getting out at 2 on Fridays. At least the cruise is coming up in October to look forward to.

1 thought on “Kitty, Can You Be Healthy Please?”