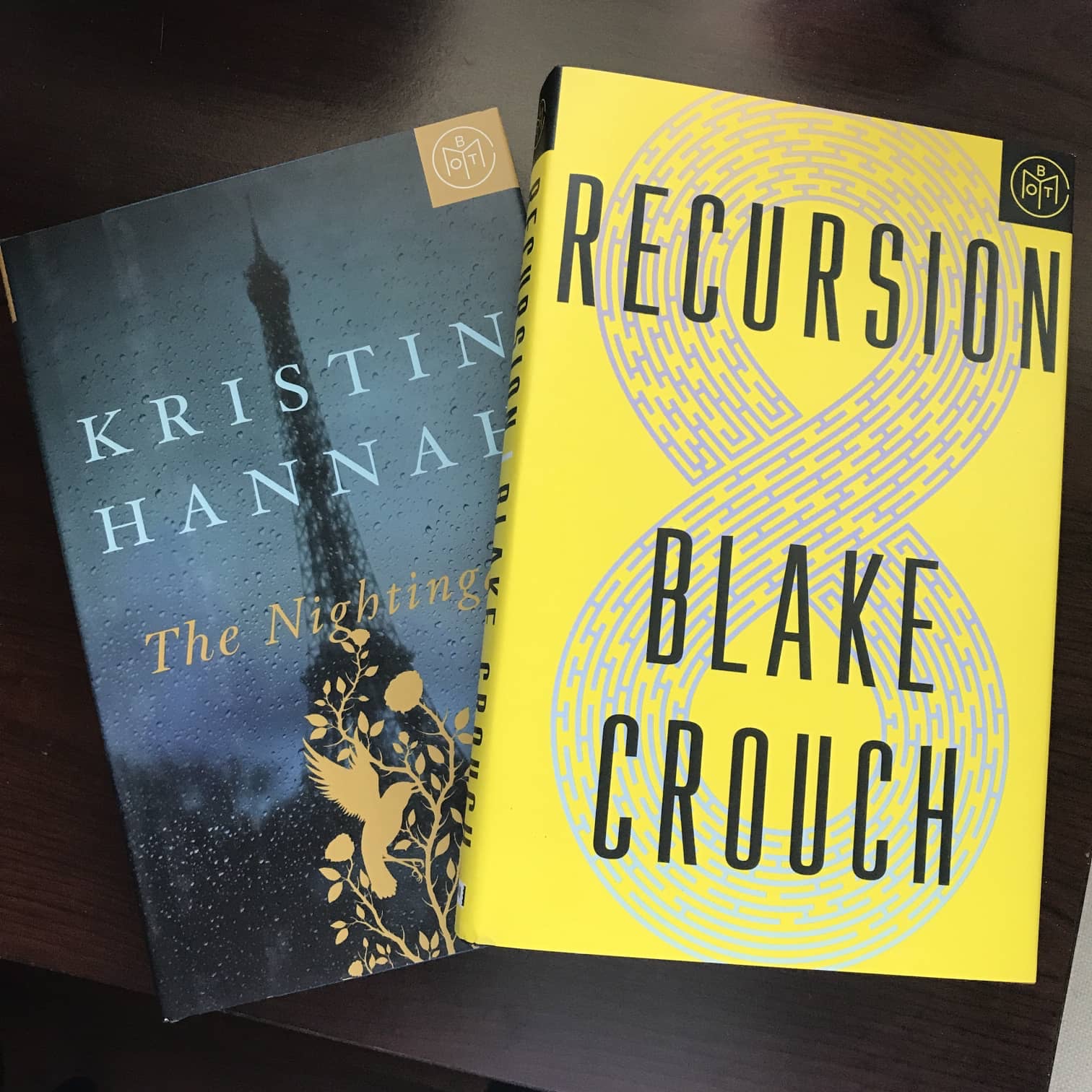 You know how much I loved Dark Matter also by Blake Crouch, so I didn’t hesitate for one second to choose this as my BOTM! Sci-fi thriller, Recursion, initially follows Barry, a NYC police officer, as he delves deep into the mystery surrounding a recent phenomenon known as False Memory Syndrome – a seemingly contagious disease that infects it’s hosts with false memories of lives they’ve never lived. The story then moves back in time to Helena, a brilliant scientist whose goal in life is to create a way in which to preserve the memories of those like her mother who suffer from Alzheimer Disease. Their stories eventually intersect and the true cause of False Memory Syndrome is revealed. Crouch has a way of writing the most twisty turny (and often confusing…but in a good way) stories that are also scientifically interesting and in-depth. I will admit, both the ending of this as well as the ending of Dark Matter border on the ridiculous, but this is sci-fi after all. Suspend your disbelief and you will love this crazy ride of a thriller!

The Nightingale by Kristin Hannah

The Nightingale has been on my list for awhile now due to the glowing reviews. I’ve read The Great Alone by her as well which I definitely liked enough, but this one I liked much more! Coincidentally, my mom got it from the library and also read it before I did and she loved it as well. This historical fiction takes place during WWII and is set in Nazi-occupied France. It follows the stories of Vianne and her younger sister, Isabelle, as they navigate the hardships of war as well as their strained relationship with one another. After her village is taken over by Nazis, Vianne is forced to share her home with a Nazi officer while trying to keep her and her daughter alive with very little means and without her husband who has been taken prisoner. The more rebellious Isabelle runs away to join the Resistance movement, risking her life multiple times in an attempt to free France from occupation. The book alternates between their 2 stories with the occasional chapter set in a future in America. Similar to The Great Alone, the story has incredibly sad turns, but the ending is very moving and probably my favorite part of the novel. Would highly recommend this one if you love a good historical fiction!

Melanie has
read 12 books toward
her goal of
45 books.